The Elimination Chamber is the most dangerous environment in WWE. Take the Hell in a Cell and replace the steel grates with heavy metal chains that will rip into your flesh. 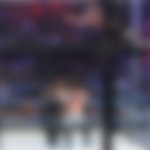 Having won his sixteenth World Championship, John Cena entered the SmackDown Elimination Chamber with utmost confidence. He kicked off the match with his sworn nemesis, the man he beat for the title, AJ Styles.

Styles and Cena survived Baron Corbin, Dean Ambrose and The Miz, until the duo and Bray Wyatt were the final three competitors. To take out the competition, Cena performed a colossal cross body from the top of the pod onto Wyatt and Styles.

Despite the risk, Cena exited the match a couple of minutes later via a Sister Abigail.

The Tag Team Elimination Chamber was a unique exception to the traditional Elimination Chamber matches we’ve seen since 2002. Tag teams from Raw and SmackDown entered the daunting structure to win the coveted tag titles. To win the titles, the superstars had to pull out every move in the bag.

El Torito launched himself from the top of a pod and hit Cesaro with a head-scissors takedown.

In the same match, Kalisto scaled the walls of the chamber like a monkey, before dropping himself onto the mass of bodies collected below him.

The fellow Lucha Dragon, Sin Cara, topped that move too, with a massive Swanton Bomb off the top of the pod.

In 2002, Shawn Michaels made a return from injury and declared himself for the Elimination Chamber match. His arch rival Triple H was not too happy about HBK’s involvement, and the result of the match proved it.

Michaels pulled out all stops to beat his former best friend. Before kicking his head off with a match winning super-kick, HBK launched himself off the top of a pod with a massive elbow drop.

The Lunatic Fringe with a Lunatic Elbow

Before he became the ultra-violent Jon Moxley in AEW, Dean Ambrose was WWE’s relatively calmer Lunatic Fringe. Ambrose entered the 2017 Elimination Chamber match as the Intercontinental Champion but wanted to walk out with the WWE Championship as well.

To do so, he had to take out both John Cena and AJ Styles, current and former WWE Champions. Instead of taking out his old nemesis Styles, Ambrose jumped off the top and took out Cena with a terrifying standing elbow drop.

In 2011, John Morrison scaled the walls of the chamber before reaching the roof. Standing directly below him was Sheamus, waiting for Morrison to lose his footing. Instead of falling, Morrison gracefully dropped himself right on top of Sheamus with a thunderous crossbody, sealing an elimination for the Celtic Warrior.

In 2014, Sheamus entered the star-studded Chamber match along with five other former World Champions. He looked to destroy the WWE World Heavyweight Champion Randy Orton, but found a new nemesis in Christian.

Captain Charisma became a thorn in Sheamus’ side, eliminating him with a massive splash from the top of the pod.

At No Way Out 2009, Rey Mysterio performed a perilous manouevre to eliminate Kane. The Big Red Machine dwarfed the Master of the 619, but Rey was a wily veteran.

Mysterio launched himself off the top and hit Kane with a seated senton, which was enough to eliminate the big man. Luck would run out for Rey as he would reach the final two but was eliminated by Edge.

One cannot help but question why Jeff Hardy puts his body on the line. The Charismatic Enigma has performed so many risky moves in his career, it is a miracle he can still walk, let alone wrestle. At the 2009 edition of No Way Out, Hardy hit another outrageous move.

With the Big Show laid out with a bunch of finishers, Hardy finished the onslaught with a terrifying Swanton Bomb from the top of a pod. It is by far the most dangerous and craziest moment inside the Elimination Chamber.