Former WWE Intercontinental champion Matt Cardona, aka Zack Ryder, was in WWE for a decade and half. However, during his time in the company, WWE chairman Vince McMahon never thought of him as a main event player.

Former GCW champion took to Twitter to thank his previous employers. He thanked Vince McMahon and WWE for giving him the tools and strength to “carry” independent wrestling in 2021.

Recently, the former WWE superstar took to Twitter and claimed that WWE was his “developmental” arena and now he is ready to take a leap of faith and become a bigger superstar outside of WWE.

Last night Cardona took to Twitter and thanked Vince McMahon for giving him the strength to carry independent wrestling on his back in this day and age.

“I’d like to thank @VinceMcMahon, @WWE, & WBF for giving me the tools and the strength to carry Independent Wrestling on my back in 2021. Can’t wait for 2022.”

I’d like to thank @VinceMcMahon, @WWE, & WBF for giving me the tools and the strength to carry Independent Wrestling on my back in 2021. Can’t wait for 2022. #AlwayzReady #StillHere

Matt Cardona turned heads after his sudden rise in 2021 when he won the GCW championship from deathmatch legend Nick Gage and played the persona of a perfect heel.

Eventually, Matt’s tweet on Vince McMahon is pleasing to his hardcore fanbase and they are absolutely loving how the former WWE superstar thanked his previous employer.

Don't forget to give yourself some credit though, because damn, man, you're killing it.

You woke up & chose violence today. You've got so much real heel heat. I'm happy that you're free now to explore your real potential.

Some fans speculate that this will eventually, end up in WWE signing the superstar. But WWE is not always interested in hiring 35-year-old plus superstars.

However, this is not the first time when Matt cleverly mocked the chairman of WWE, last year he dressed up as Vince McMahon for his fight when he was in GCW. 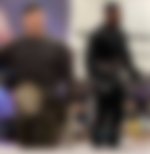 This new life to Matt’s character is loved by the fans and they are happy to see him exploring more avenues outside of WWE and finding his groove.