Former UFC heavyweight champion, Former WWE champion, and an unstoppable force in Wrestling world, Brock Lesnar has an unprecedented resume. One of the biggest names in WWE, Brock Lesnar decided to become an MMA champion and he sure did when he won the prestigious UFC heavyweight title. He then returned to WWE and dominated the new breed of superstars for a very long time.

However, he did face adversities inside the WWE ring. Some opponents overcame the beast. And current WWE champion, Drew McIntyre became one of those few superstars when he defeated Brock Lesnar in the last Wrestlemania.

In a recent interview with Hindustan Times, the WWE champion talked about what it means to him to be the one to dethrone Lesnar at Wrestlemania. Drew said:

“Yeah beating Brock Lesnar is a huge deal. There is no athlete in the world like Brock Lesnar. He is just a freak of nature and a former two-time UFC Heavyweight Champion, just because he felt like trying UFC not because he did it for his whole life. That’s how bad this guy is. If you beat Brock Lesnar then you are doing something right. But the fact that I beat Lesnar in the main event of WrestleMania and that too in five minutes and pretty much owned him in the build-up feels absolutely incredible to me. That’s something I’ll never forget. Something that set the tone for my title reign. The fact that I beat Brock and Big Show back to back.” 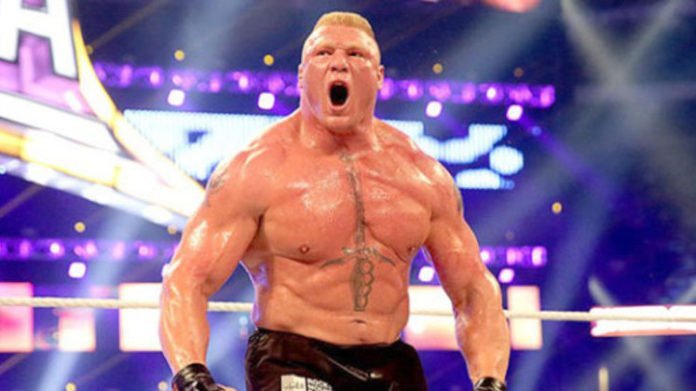 Drew McIntyre was able to turn things around for him when he returned to WWE after a long hiatus. The Scottish was able to reinvent himself as this bada** who just beats people up and that has worked for him. talking about what it takes to be successful in pro wrestling, WWE champion said:

“It’s not a personality change, it is actually being myself. Like finally. Before I was just a big serious Scottish guy talking about eating carcasses. No human being talks that way. I was just a bad guy for good guys to wrestle. Eventually, I got the opportunity to be just myself, there was no particular moment when they said for me become face. I never started saving good people, I was just beating people up. I beat No Way Jose’s conga line and people cheered it. It has been a pretty good journey with fans getting behind me.”