The WWE SmackDown episode of 31st July left everyone wondering – Why on earth did The Fiend (Bray Wyatt) attack Alexa Bliss?

Obviously, one of the first answers that comes to mind is that this definitely has something to do with the rivalry that persists between Bray Wyatt and Braun Strowman.

Related: The Fiend Shocks the WWE Universe with a Surprise Victim

Does the attack have a connection to WWE Extreme Rules?

So, let’s go back to the match between Braun Strowman and Bray Wyatt at WWE Extreme Rules 2020. This is a good time to remember that the swamp fight was another poke at cinematic experience by WWE.

Coming back to the match, both Superstars were equally invested in emerging as the champion. There was a point when both of them disappeared from view and finally, Wyatt’s character the Fiend emerged from the swamp, proving that he defeated the Monster Among Men. 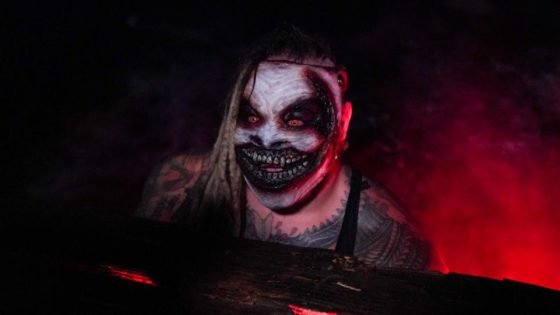 However, within this entire segment, Alexa Bliss played a cameo role wherein she appeared as who many believed was Sister Abigail. Here, WWE played into the storyline of Braun Strowman and Alexa Bliss having a romantic relationship.

She lured Strowman into the traps set by Bray Wyatt to catch him off-guard. Bliss continuously urged Strowman to “come home” so they can finally be together.

While the Monster Among Men was walking towards her, the Eater of Worlds appeared from the fog and attacked him.

Well, not sure how Strowman is taking it but most will take it as a sign of betrayal and manipulation.

Now, making our way back to tonight’s episode of WWE SmackDown where The Fiend attacked Alexa Bliss. There are a number of possible reasons why he did that.

First, he wants to get into the head of Braun Strowman. With SummerSlam coming up, Strowman vs. Wyatt is one of the most anticipated match-ups.

It is expected that the Universal Championship title will be on the line due to the importance of the event. This begs the question – Was the significance of Wyatt’s character The Fiend attacking Bliss an indication that The Fiend will finally be able to defeat Strowman?

Another angle that WWE might be considering is that The Fiend attacking Alexa Bliss is a call for Braun Strowman to come out of the swamp. The ending of the swamp match ended with the notion that Strowman drowned in the swamp. 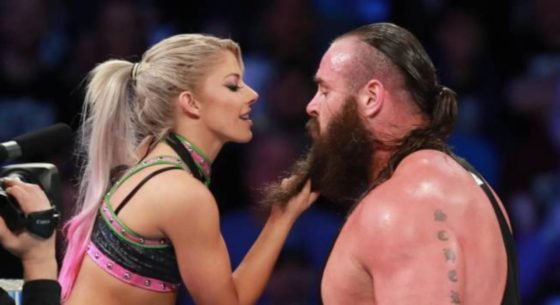 The third possible reason why The Fiend attacked Alexa Bliss has a connection with her finally giving a face to the character Sister Abigail that Wyatt has talked up for so long. It was assumed by many that the mysterious Abigail is nothing but the alter ego of Wyatt. Alexa Bliss giving face to that character might lead to something.

Finally, The Fiend attacking Alexa Bliss can be a way of WWE adding an element of intrigue for the viewers. With the storyline of Wyatt and Alexa Bliss coming together, there is a possibility of another mixed team pairing waiting for WWE to pounce upon.

If WWE plays its cards well, Bliss will align herself with Strowman before SummerSlam. However, at the big night, she will betray Strowman and help The Fiend to reclaim the Universal title.

A Wyatt and Bliss pairing can certainly be one of the most unique things we have seen in a very long time.

WATCH: WWE Superstar Alexa Bliss Reacts Awkwardly to a Question in an Interview