How Old is Seth Rollins?

On the season premiere of Monday Night Raw, Rollins picked a big win. He steps into the no.1 contender spot to challenge Big E for the WWE Championship. In the 2021 WWE Draft, Rollins was drafted to RAW.

Monday Night RAW started with Rollins and the other three men confronting Big E for a title shot. WWE fans got a twist to watch out for when WWE Manager Sonya Deville announced a Fatal four-way ladder match. Seth Rollins, Finn Balor, Rey Mysterio, and Kevin Owens competed in the match. In the end, Rollins stomped Balor and climbed the ladder to grab the No.1 contender contract.

Rollins is a grand slam champion and a former 2-time Universal Champion. He defeated the Beast Brock Lesnar for the Universal Title at WrestleMania 35.

How old is Seth Rollins?

Seth Rollins had completed almost 9 years in WWE. He is one of the most decorated WWE Superstar. Rollins claimed his way from being an NXT Champion to the WWE Universal Champion.

Seth Rollins (Colby Daniel Lopez) is an American professional wrestler. He was born on May 28, 1986, in Davenport, Iowa in the United States. Rollins debuted in the wrestling industry in 2005. He is currently 35 years of age in the RAW roster.

Then, Rollins debuted in WWE in an alliance called Shield alongside Roman Reigns and Dean Ambrose. The Shield dominated the roster winning the tag team titles, the US title, and many more brawls until Rollins betrayed the Shield and joined the Authority.

The show closed with Seth Rollins cashing in his Money in the Bank briefcase to win his first WWE Championship.

Is this the best ending to a WrestleMania ever? pic.twitter.com/PJpPaOcSX2

At SummerSlam 2015, Rollins become the double Champ winning the United States title defeating John Cena. Later, in 2015, Rollins had to vacate the WWE due to a knee injury which kept him out of action for several months.

At the 2016 Extreme Rules, Rollins made his WWE return attacking Roman Reigns. Soon, he defeated  Roman Reigns for the WWE Championship at Money in the Bank. At the age of 30, Rollins was a 2 time WWE Champion. 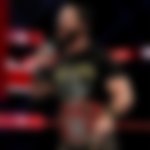 Rollins lost his title against The Feind. Later, he turned into a heel character and dominated many WWE Superstars like Edge, Cesaro, Rey Mysterio, and Kevin Owens.

Seth Rollins worked hard to achieve great heights in his WWE career. Now, Rollins is back to Monday Night Raw and will challenge Big E for the WWE Championship. Will he get a win over Big E? Will he be the 3-time WWE Champion? Tell us in the comments.