Hulk Hogan Health Problems: What is Wrong with the WWE Legend?

For over three decades, two-time WWE Hall of Famer Hulk Hogan entertained the masses and changed the pro-wrestling game by helping it in becoming a global phenomenon.

The Hulkster has had his fair share of injuries over the years, which has led to his physical activities becoming limited. Since the start of 2021, news about Hulk Hogan’s health has worried many wrestling legends and fans alike.

Over the course of his career, Hogan has delivered countless Leg Drops to his opponents. The move really made Hogan a star but had some adverse effects on his body.

After dropping on his hips for over 30 years, Hogan has compromised his hips and spine as he had numerous surgeries on them. Recently, Hogan was seen using a walking cane in a mall, revealing that the former champ is experiencing issues while walking. 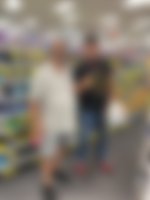 WWE legend Hulk Hogan is having health problems, according to Ric Flair

The real truth bomb was dropped by the fellow two-time WWE Hall of Famer Ric Flair who confessed that Hogan is not doing great healthwise.

Flair dropped this news on his inaugural episode of his podcast ‘Wooooo Nation‘, where he talked about the health of the former WCW champion.

“He’s having some really bad health issues, but he keeps up with me. We support each other, good and bad. When I was in the hospital, he flew up that day like everybody else that came up to see me…Hulk was gracious; Jimmy Hart was great. I don’t remember seeing them because I was in a coma, but they made the effort to go. Those are the kind of things that mean a lot,”

Not only Flair but former WCW president Eric Bischoff also added to his statement and confessed that Hogan is not healthy. He also reiterated on his podcast ‘83 Weeks‘ how the Hulkster is managing his day-to-day activities.

“He’s overcoming a lot of physical challenges. I was just with Hulk a week and a half or two weeks ago and he is training. Although the training is a little bit different than it used to be, he’s doing his physical therapy four or five days a week, a couple hours a day.”

For now, there is no official statement from Hogan or his family on his health conditions.We hope the legend recovers well, and soon!