Most Bizarre Celebration Ever? – Two Pittsburgh Steelers Play Hide and Seek After Touchdown

Physical damage and injuries are part and parcel of professional wrestling. WWE Women Tag Team Alexa Bliss revealed her experience with one such injury in an interview with BT Sport.

She stated this to describe her painful experience:

“I was experiencing really bad vertigo for an extended period of time, and all my other symptoms were gone. But if I had changed height levels, I would get extremely dizzy. It didn’t go away for a really really long time.

“So that’s when I got really concerned. And they were like, well, you can’t be in the ring if you’re having any symptoms at all. Then you have to go through a whole concussion process after you stop having symptoms.”

Bliss claims that it took a lot of time for her to take a step. She felt frustrated and was disheartened throughout the process.

Alexa admits that her biggest fear was that she would never be able to enter the ring again. She had been on the shelf for over 9 months and her fear of missing out only increased with the passage of time.

She proceeded to thank the WWE as they still kept her around as a part of the product with ‘A Moment of Bliss’ and allowed her to host WrestleMania.

WWE seems to have learned from their past experiences of mishandling injuries of superstars like Nikki Bella and Liv Morgan.

WWE got blasted for this and thus were extra careful while handling Alexa Bliss during her recovery and when she came back to the ring.

They ended her single’s push and put her in a tag team with Nikki Cross. Nikki is a great wrestler who can take beatings. Therefore, they were a perfect match. 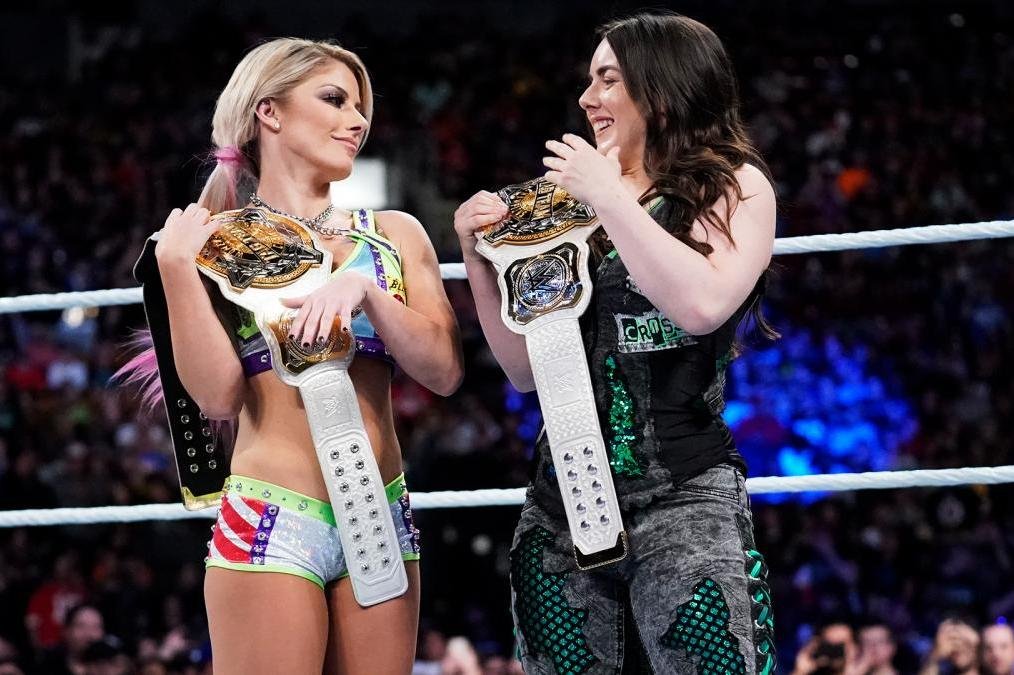 Cross controlled the action for the better part of the match and then gave the Alexa the hot tag towards the end to make her look good. This also benefited Cross, which was a win-win for both wrestlers.

The tag team organically got over with the fans which resulted in them becoming the women tag champions. This completed Alexa’s ‘Triple Crown’ and gave Nikki her first belt in the company.

Everyone hopes that Alexa regains her health and contends for the Women’s Championship. Until then the fans can enjoy this unique duo in action in the WWE.

WWE Superstars give Bold Prediction for “The Greatest Wrestling Match Ever”