Former Olympic gold medalist, Kurt Angle, revisited the horrors of the WrestleMania 19 clash with Brock Lesnar. The WWE Hall of Famer recounted the incident which sent shivers down his spine while Lesnar lay motionless a few feet away from him.

On a very recent episode of The Kurt Angle Show, he came forth to describe the incident from his perspective. The Shooting Star Press was a disaster on the eve of WrestleMania XIX and left a significant impact upon Kurt.

Kurt mentioned the slight hesitation Brock Lesnar faced moments before the botch. According to him, it was this dilemma that caused the incident. The outcome was grave enough for Kurt to think Brock would be a dead man in the ring.

Going with the spirit of the game, Kurt went forth to grab Brock and edge towards winning the match. However, he himself recalls how badly he wanted him to respond and stay in the bout a little longer. 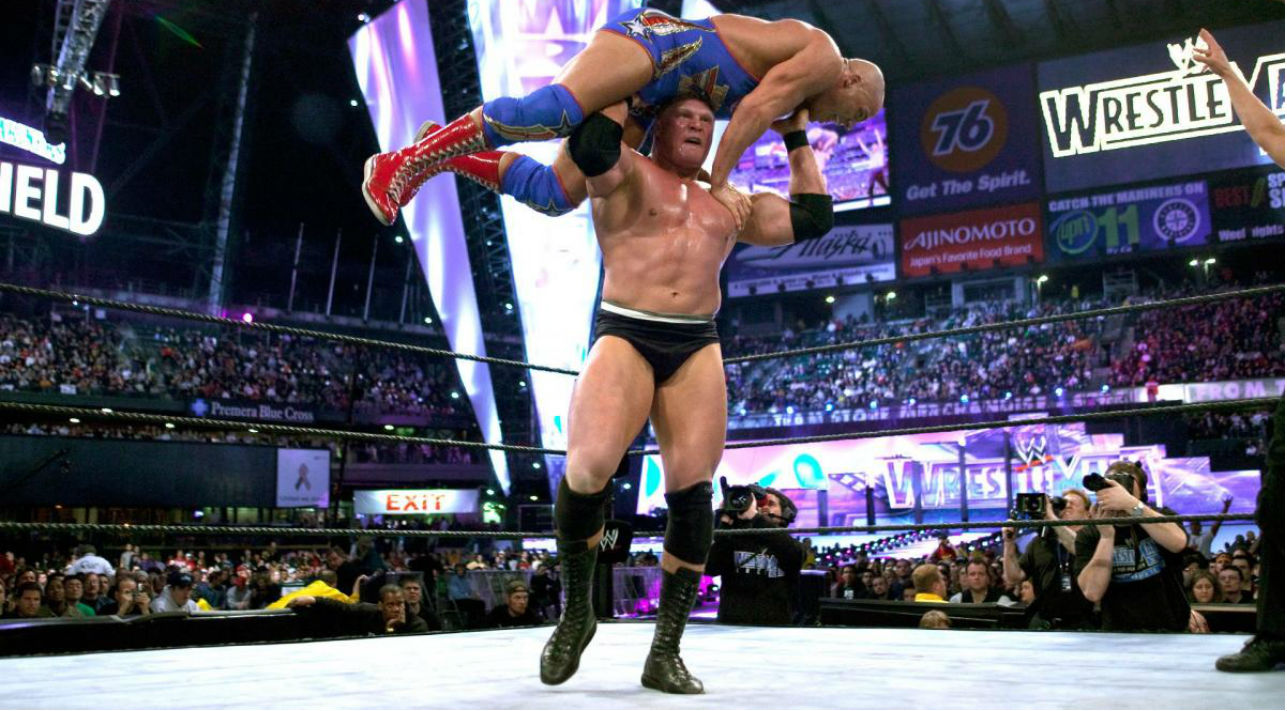 “He wasn’t responding, I said ‘Brock, are you okay?’ He wasn’t saying anything, I went over and covered him and told him ‘You gotta kick [out], you gotta kick,’ because I did not want to hold that title for another day.”

However, Angle, being the veteran wrestler, made sure Lesnar was alright and got proper medical attention.

Lesnar was rattled to his core with the fall. Kurt recalls how he had to go over and hug him to make things better between the two. He was even considerate enough to talk Lesnar into getting proper medical help when he was being stubborn.

“We got in the back and he had an ambulance waiting for him to take him to the hospital and he wouldn’t go. He was not going to go, he was being stubborn, and he was pretty pissed off. I had to talk him into getting in the ambulance and eventually he did,” concluded Angle.

The accident could’ve been fatal for Brock Lesnar. Luckily, he escaped the trap of death. But the impact was enough for Lesnar to quit doing aerial moves from thereon.