“Please Keep Me in Your Thoughts”: Fans Pray for 40-Year-Old Wrestler as He Prepares for Another Battle With Cancer

The sentence is indeed true that life is unpredictable sometimes. Anything unplanned can occur in any person’s life and might make it difficult. However, something similar happened with an IMPACT Wrestling star recently.

A few hours ago, IMPACT Wrestling shared on their social media platforms about one of their wrestlers is diagnosed with cancer.

A few hours back IMPACT Wrestling announced former 2-time Tag Team Champion Joe Doering is taking a hiatus from in-ring competition for sometime because of his returning brain cancer. The IMPACT wrestler notified the promotion’s management at last weekend’s taping at The Factory in Dallas.

He said, “They told me in 2016 that I would never wrestle again, and I proved them wrong. Guess I’m going to have to do it again. I try to not get too sad or emotional about it. Staying positive really helped me the first time, and that’s what I’ll do again.”

However, this is not the first time the doctors have detected brain cancer for the IMPACT Wrestler. In 2016, Doering was told by the doctors that he could never wrestle again.

Doering is scheduled to go under surgery in the coming few weeks and is hoping to get better. The wrestling fans took upon Twitter to share their love and wishes to Joe Doering. 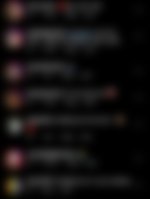 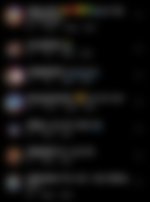 Surprisingly, in 2016, after successful treatment, including surgery, chemotherapy and radiation, the former 2-time tag team champion was back in the ring. However, at the time, doctors warned him the cancer could comeback in the future even though the recovery was successful six years earlier.

Joe Doering in high spirits for his in-ring return

As said in the report shared by Impact Wrestling, Joe Doering previously returned from dealing with brain cancer. However, this time he again has high hopes and asked his fans to pray for his well-being.

Doering said, “Please keep me in your thoughts and spirits. I hope to get back in the ring again very soon. To the IMPACT Wrestling locker room: you are family to me and I look forward to seeing you again very, very soon.”

The fans are there with the IMPACT wrestler supporting him in his battle against cancer. Moreover, IMPACT Wrestling Executive Vice President added to Doering’s recent news. He said: “I know our fans and the wider wrestling community will join everyone at IMPACT in keeping Joe and his wife Lindsay in their thoughts and prayers. Joe loves pro wrestling and we all look forward to him returning to action when he’s ready.”

The wrestling community is with Joe Doering for his battle against the disease. Moreover, the fans want Doering to be recover fast and make a strong comeback to the ring.