AJ Styles Reveals Whether he is Proud of his WWE Career

AJ Styles has been answering and addressing different issues on his Twitch channel recently. One such topic that he focused on was his clash with Brock Lesnar at Survivor Series 2017.

Both Styles and Lesnar were WWE champions during that time. While The Phenomenal One was the WWE Champion, The Beast Incarnate was the WWE Universal Champion.

This particular match fetched acclaim for both megastars from across the globe. While the match was remarkable, Brock Lesnar walked away with the victory. 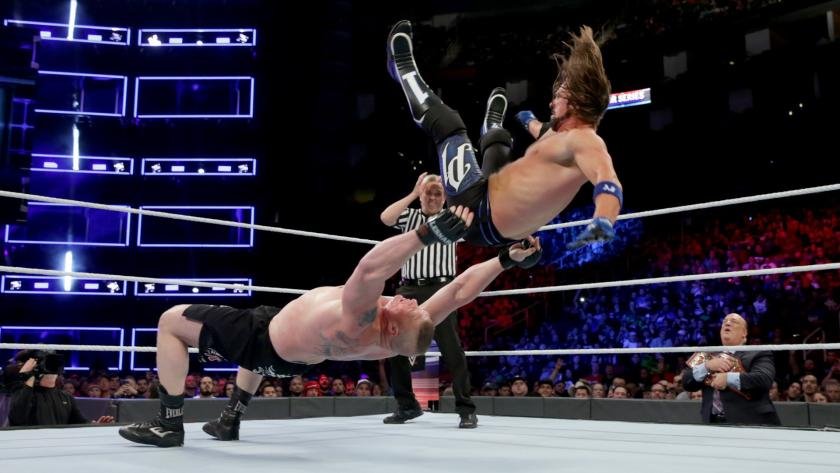 However, there was a point in the match when it looked like Styles could win. He threw a Phenomenal Forearm at Lesnar, who blocked it, and countered with an F5. This led to a huge victory for ‘The Beast.’

Now, Styles has finally come forward with his personal opinion about the match and how he felt while working with Lesnar. In fact, even after losing the match, Styles is appreciative of Lesnar and the fact that the match happened.

“Putting together that match was a lot of fun. I thought it came together really well and I’m really proud of that match. It was a true David vs. Goliath thing with him beating the crap out of me at the beginning and making people think, ‘Oh, AJ’s got no chance’ and then all of a sudden it was, ‘Oh my God – maybe he does have a chance.’

“That was a really cool and fun match. Brock’s so great, too. I loved working with him.”

AJ Styles on working w/ Brock Lesnar: "Putting together that match was a lot of fun. I thought it came together really well, I'm really proud of that match. It was a true David vs. Goliath thing

"That was a really cool, fun match. Brock's so great, too. I loved working with him"

The AJ Styles-Brock Lesnar feud was not the original plan

AJ Styles and Brock Lesnar are decorated Superstars of the company. Hence, their feud in the ring was an absolute fan-favorite.

Surprisngly, this match was never the original plan for Survivor Series. Initially, the idea was that Jinder Mahal would be the one to battle Lesnar. With a twist of fate, Styles won the SmackDown championship title a week before the match.

It so happens that now the fans have moved on to another dream opponent for Lesnar – Bobby Lashley.

Who Is the Mysterious Bodyguard of AJ Styles?