The Ultimate Warrior isn’t just a name in the wrestling industry; it represents a legacy that is etched in fan memories. However, legendary commentator Jim Ross had some harsh words for the WWE Hall of Famer.

For the uninitiated, Ross is currently working with AEW, but previously, he was the voice of WWE’s Attitude Era.

In a “Dark Side of the Ring” episode revolving around The Ultimate Warrior, Ross revealed that he did not have a good impression about Warrior’s abilities as a wrestler.

“When The Blade Runners came to UWF, I was the broadcaster. I’ve never met or seen a wrestler with less ability than The Ultimate Warrior. Hellwig [Jim Hellwig, Warrior’s real name] was very narcissistic. ‘I look this good, I got a great smile, I have wonderful teeth. What more could a promoter want?’ Well, I don’t know, maybe could you wrestle?” H/t Sportskeeda 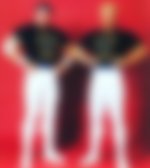 Warrior and Sting (Steve Borden) were tag team partners in UWF during March and June 1986.

Even though The Ultimate Warrior made a name for himself, it is strongly believed he couldn’t separate his actual life from his in-ring character.

Vince McMahon revealed his opinion about The Ultimate Warrior

WWE’s main man spoke about how The Warrior viewed him as a father. Notably, several Superstars view McMahon as a father-figure, but they know the boundaries.

The Ultimate Warrior thought their relationship mirrored a father-son relatiomship. McMahon disagreed, and he revealed that he never thought of Warrior as his son.

Apart from this, Vince McMahon had to take strict actions against The Warrior.

It so happened that The Warrior had started demanding more pay, and he announced he wouldn’t participate in a match if he did not get paid the same amount as Hulk Hogan.

McMahon realized it was time to show him who is boss and cut a passionate promo. In that, he handed over a letter to Warrior and said he will never be as good a wrestler as Hulk Hogan in any shape or form. Following this, he suspended Warrior.

Regardless of everything, WWE inducted The Ultimate Warrior to their Hall of Fame in 2014.