Former WWE Superstar Big Cass made his return to pro-wrestling last week. He teamed up with IMPACT superstar Hernandez to rescue Enzo Amore.

His appearance at Luke Gallows’ Lariato Wrestling is his first appearance in a ring since 2019. He commented on his return to the ring, and his current physical condition as well.

Big Cass comments on his return to wrestling 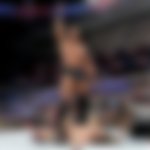 In December 2018, Cass suffered an epileptic seizure at a House of Hardcore event. According to PWInsider, an ambulance arrived and EMTs carried the seven-foot giant to the hospital. He returned to the ring in 2019 and faced Jon Moxley at Northeast Wrestling under the name CaZXL.

He made no public appearances till the appearance at Lariato Wrestling. Needless to say, his return to the ring is excellent news for fans of the big man, who was a potential main event talent in WWE. Despite his limited move set, his heel run had tremendous potential.

After a long journey filled with an enormous amount of self-reflection, I now start my journey towards redemption. Thank you @The_BigLG for the opportunity, and thank you to everyone for continuing to believe in me 🙏🏼 #StraightOuttaStep12 pic.twitter.com/WqRnaa1jQj

He commented on his return to the ring on Twitter, giving his fans some good news.“After a long journey filled with an enormous amount of self-reflection, I now start my journey towards redemption.”

He even thanked Luke Gallows for giving him the opportunity to wrestle at his show.

Cass’ last WWE appearance came at Money in the Bank 2018, where Daniel Bryan made him submit to the Yes Lock. His feud with Bryan had tremendous potential and could’ve served as the launchpad for his career.

Unfortunately, WWE released him after only his fourth PPV singles match.

A disappointing but promising WWE career

Big Cass became a part of Florida Championship Wrestling in 2011, WWE’s developmental territory. Post that, he debuted in NXT in 2013 and began teaming with Enzo Amore.

Their dynamic became an enormous hit with the NXT Universe at Full Sail University. While Amore was the smack-talking mouthpiece, Cass was the huge a**-kicker.

They never won the NXT Tag Team Championships but were voted the best team at the 2015 NXT Year End Awards. After gaining massive popularity on NXT, they debuted on the main roster in 2016 after WrestleMania 32.

They had several high-profile matches, including a six-man tag alongside John Cena vs AJ Styles and the Good Brothers.

Cass turned on Enzo in 2017 after many failed attempts at the Raw Tag Team Championships. He beat his former tag team partner at Great Balls of Fire, but his biggest PPV win came against the Big Show at SummerSlam 2017.

His rivalry with Daniel Bryan showcased his heel potential, but his release showcased WWE’s disinterest in him.