There are several women on the WWE roster who can change the way fans look at Women’s wrestling. In fact, some of them are already taking the industry forward. To mention a few, Sasha Banks, Bayley, Charlotte Flair, and Becky Lynch – The Four Horsewomen, and others such as Kay Lee Ray, Bianca Belair, Rhea Ripley, and Raquel Gonzalez are making waves.

Considering the heights each of them have reached in WWE, it’s understandable when other talents want to be in the ring with them, challenging them, and wrestling them. 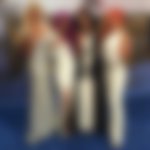 Alex McCarthy pointed out that Kay Lee Ray has already pitched the idea of going up against The Four Horsewomen with the current champions by her side.

Another reason it’ll be interesting is because Kay Lee Ray and the three current champions in the women’s division are all from NXT. While Raquel and Kay Lee continue working with NXT, Belair and Ripley moved to SmackDown and Raw respectively. Essentially, it would seem like the Superstars from NXT are taking over the WWE women’s division.

Sasha Banks is not in any storyline at the moment. The last time she was in the ring was against Bianca Belair at WrestleMania 37 where she lost the SmackDown Women’s title.

Charlotte Flair is in a storyline with Asuka and Rhea Ripley. She will battle both of them at WrestleMania Backlash for the Raw Women’s title.

Bayley is in a storyline with SmackDown Women’s Champion Bianca Belair and will face her at WrestleMania Backlash for the title.

Becky Lynch took a break from WWE after she became pregnant. She is yet to make a return to WWE following the birth of her daughter.

The fact that none of them are champions at the moment yet continue to hold such sway over the Women’s Division is evidence of their value as Superstars.

All four of them have proven their worth in the past, and they will rise to new heights in the future.