Kevin Owens should be the rightful Universal Champion heading into the Chamber. Sadly, he isn’t, and we’re still wondering why? Not just us, but even KO is!

‘The Prizefighter’ Kevin Owens is the only person who has given Roman Reigns a run for his money since the latter’s big return at Summerslam 2020.
After being screwed twice in his title matches, Owens faced Reigns in a Last Man Standing match at the Rumble. That too ended controversially!
Three weeks away from the PPV, Owens still isn’t happy about the result. A Twitter User uploaded a screenshot of John Cena duct-taping Batista in their infamous Last Man Standing match, suggesting KO should’ve done the same. KO’s response said it all!

Dude I handcuffed him to a lighting rig and they just stopped counting. Imagine if I had done that to him?

A piano would have probably fallen on my head or something. https://t.co/kGIQJx97Zz

Paul Heyman had a hard time opening Roman’s handcuffs. The referee stopped counting and Reigns then took him out.
In all of this, no other referee came in. Heyman took an eternity to free Roman Reigns from the handcuffs, easily making KO the Last Man Standing.
There was no referee and hence, no decision! Reigns got back to his feet, and the rest is history.
We wonder why WWE didn’t send a referee when Reigns was locked and couldn’t get up even after a count of over 100. Not sure if WWE conspires against Sami Zayn or Kevin Owens!

The next big task for KO 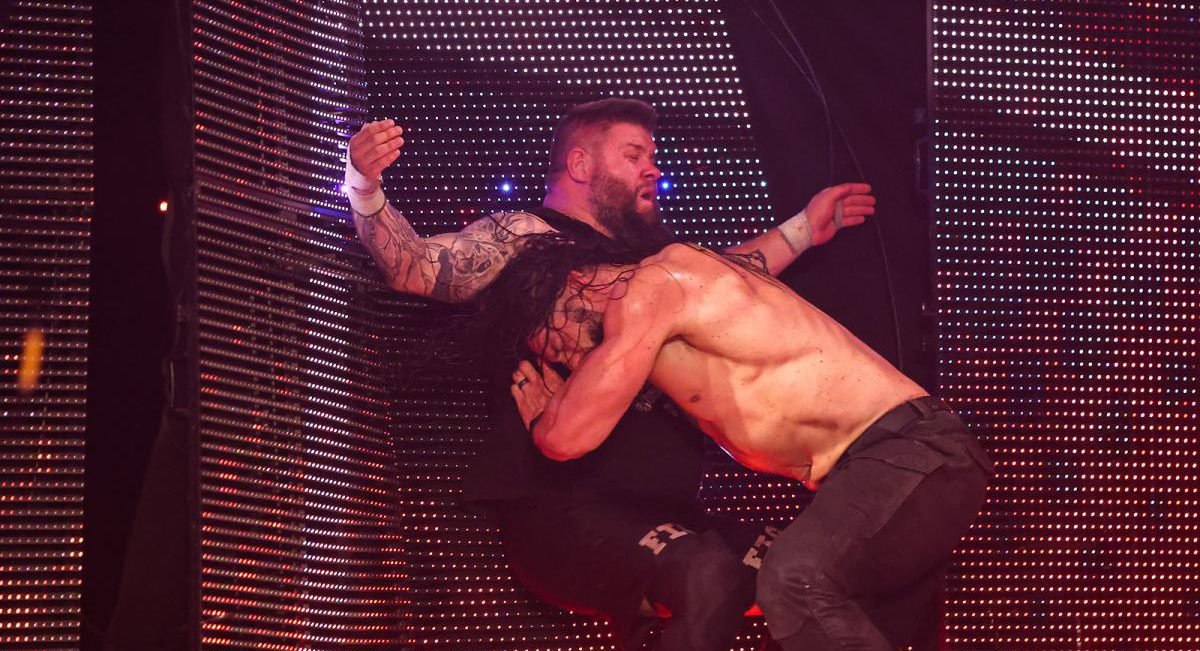 Overcoming five men in the grueling Chamber will be a tough task. Not just that, but after all that, he will face Reigns for the title. The chances are slim for Owens to make it through, but we all know the heart and passion the ‘Prizefighter’ has!
Do you think Owens will overcome the odds to become the new Universal Champion at Elimination Chamber? Let us know in the comments below!