Just like all the other parents, Kevin Owens also loves his children. He even dedicates his ring name to his son and Owen Hart. Recently, Kevin Owen’s son just turned 14 and the WWE superstar took to Twitter to wish him Happy Birthday. Even though you will find Kevin Owens very much active on social media, you won’t find his son on social media.

In the post, Owens revealed why his son doesn’t have Twitter. The WWE superstar claimed he does not want his son to be on Twitter because he thinks social media is a cesspool.

Fourteen. That’s also how tall he is in feet!

I couldn’t be more proud of him. He’s the best kid! I’m extremely lucky to be his dad.

You don’t have Twitter because I won’t let you on the cesspool that is social media but still…
Happy Birthday Owen!!! pic.twitter.com/m1BZum51CL

However, on this special occasion, the former NXT Champion posted some pictures of his son. He was very emotional in his post. The WWE superstar claimed himself to be a proud father and feels his son is the best kid. Well, it is no doubt that Kevin Owens is a great dad.

Kevin Owens finally gets a chance at the WWE Championship

After Owens got drafted to WWE Raw, he contested in a ladder match in order to become the #1 contender for the WWE Championship. But unfortunately, he lost after putting up a great fight. Though Rollins became the #1 contender, Owens felt he should have been the winner.

In the latest episode of Monday Night Raw, Owens finally earned himself a title opportunity. But it was not that simple. He tricked Rollins by saying that Adam Pearce told him that if he beat Big E on that night, he will be added to the title picture. 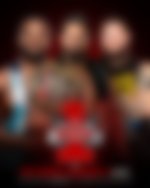 On hearing this, Rollins went straight to Pearce to confirm it. Even though Pearce initially claimed it was all lies, he later put Owens in the title picture following his victory over Big E. However, Rollins himself had a big part to play in Kevin Owens’ victory over Big E that night.

During the match, Owens teased Rollins, who was there at ringside. And after losing his patience, Seth Rollins attacked Owens during the match, gifting Owens the victory via disqualification. Big E will now face Kevin Owens and Seth Rollins in a triple threat match for the WWE Championship at the WWE Day 1 PPV.