The wrestling industry has a plethora of athletes. It’s not possible for everyone to have a feud with everyone, even if they’re legends. In fact, WWE Legend Kurt Angle has a few names that he wishes he had wrestled.

During a conversation with Conrad Thompson, he answered a fan’s question wherein he named the wrestlers he wishes he could have wrestled. 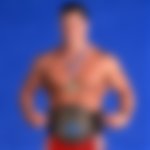 “I would have loved to wrestle Bob Backlund. Umm, Iron Sheik, just from his character standpoint alone, you know? Especially USA vs Iran, that would have been awesome. I love Andre.” Andre the Giant vs Kurt Angle would’ve been a sight to behold.

Apart from the above names, Kurt Angle revealed he never wrestled Arn Anderson and Ricky Morton either, even though he wanted to. Additionally, Conrad Thompson and Kurt Angle agreed that matches against Barry Windham, Tully Blanchard, and even Ted DiBiase would have been absolutely stunning!

Kurt Angle never got to face his dream retirement opponent

In several interviews, The Olympic Gold Medalist revealed he wanted John Cena to retire him. His reason was that he wanted to bring Cena and his story to a full circle. Since he started John Cena’s career, The Invisible Man retiring him would have been a great way to end their story.

Unfortunately, this did not happen. Instead, he wrestled Baron Corbin in his retirement match. However, Cena was present at the PPV, and Angle revealed being disappointed that Cena did not retire him, but he didn’t ask questions.

Now, when Cena’s return to WWE was confirmed, Angle teased a return. He really wants that retirement match, and could come out of retirement for his dream retirement match. However, since he’s growing older, he’s added an important factor that WWE needs to fulfil to bring him back.

Do you think Kurt Angle vs John Cena should happen? Let us know in the comments below.