Published 08/08/2021, 12:47 PM EDT
Being a babyface or a heel is a natural part of wrestling. The fans need someone to cheer for and someone to boo. It is one of the most important aspects of the wrestling business. While some wrestlers go their entire careers not turning heel, some turn heel twice or maybe even more. WWE Hall of Famer Kurt Angle was a top heel and so was Stone Cold Steve Austin.

Talking on “The Kurt Angle Show“, Conrad Thompson asked him if it surprised him to see Steve Austin turn heel again and abandoning WWF at SummerSlam 2001. Angle agreed and said,

“
Angle said, “Stone Cold Steve Austin, he wasn’t getting stale as a babyface. He was still hot as hell and there was no reason to turn him. I think the reason why they turned him is because they wanted to start creating more baby faces and Austin was a great in-ring worker. A great character on tv and I think they thought that he could make a lot of talent.” he continued.
There is no doubt “Stone Cold” was one of the most over wrestlers in the history of WWE and the fans loved him despite of his heel turn. Austin’s overall personality in and out of the ring propelled him to the heights he has attained today.
Watch This Story – Brock Lesnar, Triple H and More: Greatest Rivals of WWE Legend The Undertaker

While wrestlers like Stone Cold Steve Austin and The Miz have turned heel multiple times, there are other wrestlers who never turned heel. One prime example of the latter is Kelly Kelly. The fans could never imagine the ‘always smiling’ Kelly Kelly turning heel.

However, she once disclosed the possibility of her turning heel. She even talked to WWE’s CEO Vince McMahon about her turn. 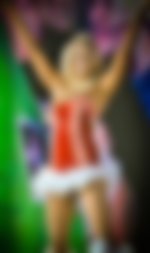 The Miz is one of the best heels in the current WWE roster. Very few can match his promo prowess and even the fans feel he is better as a heel. It remains to be seen which future superstar takes a turn for the good or worse.