Dominic Thiem Opens up on Split With Thomas Muster

WWE has been one of the most dominating companies in the world of professional wrestling. The company has sold out Madison Square Garden and has its shows broadcasted throughout the planet.

Though the WWE has made a lot of money, it is still notorious for overworking its employees and not giving any retirement or health benefits to them, even if the wrestler has been loyal to them throughout his/her career.

WWE has recently made some progress in this regard. However, during the 80s and 90s, they didn’t have the best track record.

Recently, wrestlers have more options in the form of NJPW, AEW, and ROH, which ensures that performers can make a decent living even without WWE.
With this in mind, wrestling legend Sgt. Slaughter took to twitter to congratulate Jon Moxley for his successes since his departure from WWE.
In the Tweet, the wrestling legend congratulated Moxley on his life after WWE and expressed his happiness for Jon. He recalled how he was the first one to go up against The Emperor to fight for his freedom.  He ended the tweet by referencing his lawsuit and courtroom appearances and wished that Moxley continues to succeed.
Jon Moxley is a current AEW World Champion and NJPW US Champion. 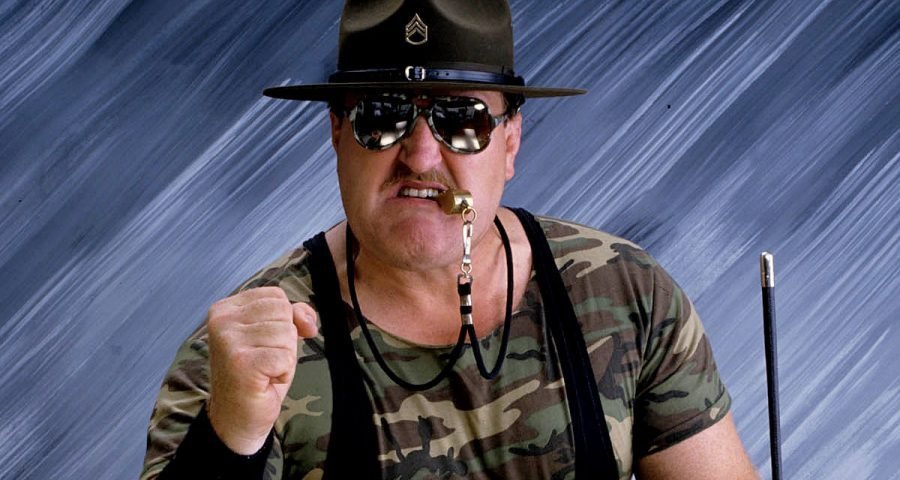 Slaughter was probably referring to his legal dispute with WWE during the 1980s. Sgt. Slaughter, whose real name is Robert Remus, trademarked the name ‘Sgt. Slaughter’ after a dispute with Vince McMahon about merchandising royalties in the mid-1980s, which resulted in Vince firing him.

The legal dispute would ultimately lead to an out of court settlement. This fixed their strained relationship. Slaughter would later make several returns to WWE, including winning his only world championship with the company. The legend was inducted into the Hall of Fame in 2004.

Slaughter’s tweet has caught so many eyes and surprised everyone because he is currently signed to WWE as an ambassador. Vince McMahon doesn’t approve of his talents acknowledging other promotions. It would be interesting to see if Slaughter would face some heat or punishment in the future because of this incident.