Tonight’s episode of WWE Raw featured some outstanding matches with some bizarre booking choices. We saw the champions look like fools, while the challengers looked much stronger than them. However, let’s look at how three hours of wrestling on a Monday unfolded. 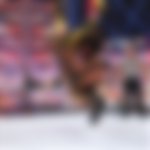 The show kicked off with MVP and Bobby Lashley making their way to the ring. The WWE Champion addressed his loss to Kofi Kingston last week, which led to Kofi and Drew McIntyre interrupting him. So, logic prevailed and Adam Pearce booked a #1 contender’s match for Hell in a Cell.

McIntyre and Kofi took each other to the limit, with the former busting out moves like a Michinoku Driver and a sit-out powerbomb to put the latter away.

Unfortunately, a brilliant match ended in a no contest after Bobby Lashley interrupted. For his troubles, Adam Pearce threatened to suspend him for 90 days and booked Kofi vs Drew II for next week.

This is a tale of two stories which began weirdly. Ripley face Nikki Cross in a Beat the Clock challenge, and if she couldn’t beat WWE’s Twisted Sister in under two minutes, she would lose the match. Lo-and-behold, Ripley was too busy wailing away at Cross to notice the giant clock going off at the back. 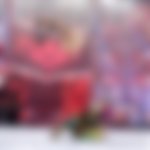 In stark contrast to that debacle, Charlotte Flair and Asuka put on another ripper in their already legendary rivalry. Flair pulled out all stops, but it took a small package from an Asuka Lock reversal to put away the former champion. With that, Flair becomes the #1 contender for the Raw Women’s Championship and will face Rhea Ripley at Hell in a Cell.

The second hour of Raw got off to a flying start with a brilliant exhibition between former teammates Shelton Benjamin and Cedric Alexander. They put on a short but still encounter full of great wrestling. Benjamin busted out his signature offence, including a pair of German suplexes, but Alexander cheated his way to a huge win.

Riddle attempted to mend his friendship with Randy Orton by beating Xavier Woods and might’ve done so in grand fashion. After twelve minutes of breathless action, Riddle hit an RKO out of nowhere to pin the New Day member.

AJ Styles and Sheamus suffer despite being champions

In another classic example of how to not book your champions, AJ Styles and Sheamus had a rough night on Raw. Styles lost in embarrassing fashion to Jaxon Ryker, one of WWE’s biggest afterthoughts. Styles has held titles in every major promotion in wrestling, and losing to Ryker is something he doesn’t deserve. 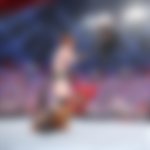 Sheamus picked up a win using his heel antics but suffered a beat-down at the hands of Ricochet and Humberto Carrillo. While this wasn’t bad, seeing a former World Champion being humbled by two men who’ve wrestled on Main Event more than Raw is upsetting.

Shayna Baszler blasted Reginald ahead of their big title match and asked him to stay backstage. However, he still cost them a chance at winning the titles for a record third time. The wrestling prior to the finish wasn’t anything to write home about.

Baszler and Natalya showcased their wrestling prowess with fluid submission exchanges, but Nia Jax and Tamina weren’t impressive. In the end, Alexa Bliss’ antics paid off for the champions as they held on to their gold for another week.