In the latest episode of Raw, a fan attacked the ‘Monday Night Messiah’ Seth Rollins. The attack took place after Rollins destroyed Finn Balor. When Rollins was returning backstage after delivering two curb stomps to Balor, a fan rolled up on Rollins.

The fan attacked Rollins and dropped him to the ground, but somehow WWE Officials stopped the fan. Later, the fan was taken away. The exact reason for the attack is still unknown.

WWE issued Fightful the following statement when we asked for an update on the attack:

"WWE takes the safety of its performers very seriously. The individual who attacked Seth Rollins has been turned over to the NYPD and will be prosecuted to the fullest extent of the law."

Recently, WWE published a statement to Fightful. Per the statement, “WWE takes the safety of its performers very seriously. The individual who attacked Seth Rollins has been turned over to the NYPD and will be prosecuted to the fullest extent of the law.”

The WWE fans witnessed an unusual attack by the fan which also raises questions on the WWE Superstars’ security. Perhaps it may have been someone who wasn’t a fan of Rollins being the sole survivor at Survivor Series?

The 2021 Survivor Series witnessed epic matches between the two brands. However, Raw got a clean win over SmackDown with 5-2.

The match proved too impressive to watch out for the fans. It had some unusual twists and turns where Team Raw got the upper hand. In the last moments of the match, Seth Rollins and Jeff Hardy fought for their respective brands. 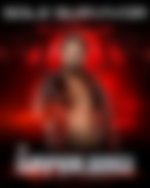 However, The Revolutionary Seth Rollins grabbed a win for Team Raw as he pinned Jeff Hardy.

Earlier, Rollins won the fatal 4-way ladder match for the no.1 contender match spot Big E. As the Survivor Series has ended, Monday Night Messiah Seth Rollins will turn his attention to the WWE Champion Big E and aim to dethrone him.

Will Rollins be able to dethrone the WWE Champion Big E? Tell us in the comments.