The 20/21 season of the English Premier League is entering its ultimate stages, and the title race is heating up. WWE superstars have their own allegiances to the Premier League teams, as they took to Twitter to back their favourite clubs. 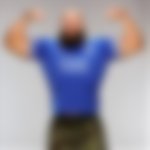 Manchester City is leading the Premier League table with a seven-point advantage over the second placed Manchester United. Leicester City and Chelsea round off the top four with 46 and 42 points, respectively. Reigning champions Liverpool are at a shocking sixth-place after a run of poor performances.

I am backing my long lost brother Pep! @ManCity will win the Title Race #MCFC pic.twitter.com/OwKO7txOku

No man would dare mess with Eric Cantona or ME! Consider this is a message from THE KING to Old Trafford. @ManUtd #TitleRace pic.twitter.com/xTHK7DLmVl

WWE’s Monster Among Men is backing the perpetual underdogs, Leicester City. He even considered replacing Wesley Fofana as the club’s second choice centre-back. Apollo Crews backs the fourth placed Chelsea, who has regained their form after replacing Frank Lampard with Thomas Tuchel as head coach.

With @Wesley_Fofanaa out injured, maybe @LCFC needs a MONSTER at CB? Will be cheering on The Foxes either way 🦊🔵 pic.twitter.com/YFfUfAD1mg

Sheamus, and his favourite club Liverpool, have daunting challenges ahead of them. The Celtic Warrior enters the WWE Championship Elimination Chamber with five former World Champions. Liverpool has to fight from sixth place against five former Premier League champions to become back-to-back champions.

Not the best season for @lfc so far. But In football, one weekend can change everything. There’s always hope. 3 points on the weekend and Pep will be looking over his shoulder more than @DMcIntyreWWE #LFC pic.twitter.com/MjbHtvntlO

@WWEUK @TrueKofi Its On !! Show Me What You Got Champ 👑 But Dont Forget I Got Plenty Up My Sleeve 🕺🏾😉 https://t.co/UaCwp9hwcN

Which teams do the rest of the WWE stars support?

Got a new set of bros @Arsenal – you guys know how to Partey. #COYG 🔴 pic.twitter.com/L65cJV5LJW

@jamesdrodriguez was the signing of the summer, of course I’m an @everton man. pic.twitter.com/NH3BwPsNFV

Obviously @AstonVilla are my new favourite team purely based on @JackGrealish’s great hair. I think we both deserve the title pic.twitter.com/SrUYLbyg08

Former Intercontinental Champion Jeff Hardy supports Everton, who is enjoying a run of fine form with their Columbian talisman James Rodriguez. Finally, Dolph Ziggler is a fan of Aston Villa, however that is mostly because of Jack Grealish’s hairstyle.