This week’s Friday Night SmackDown started with a controversial depiction of Jeff Hardy and his history of substance abuse for a hit-and-run segment.

The segment involved Hardy being arrested. He later came back at the end of the show to attack Sheamus. This continues the feud between them as Jeff seems to know that Sheamus is the one who framed him.

WWE later made efforts to negate the controversy by posting on their website that Jeff cleared the sobriety test, but the segment was still taken in bad taste.

Matt Hardy was unhappy with this segment as he was part of a WWE storyline that took in real-life events. Long time Hardy fans would remember WWE portraying Matt, Lita, and Edge’s love real-life love triangle in a dramatized way on TV.

The AEW star took to Twitter to voice his concerns. He couldn’t directly reference them thus he reiterated his happiness for working at AEW.

I’m happy to be working at @AEWrestling for @TonyKhan on Wednesdays.

Normal fans would see this as a normal tweet made by Hardy to showcase his gratitude. But this tweet has a deeper meaning.

Matt and Jeff Hardy’s contract was supposed to end on the same date. Everyone expected the brothers to jump ship to AEW together.

However, Vince couldn’t allow it. Thus, he exploited the fact that Jeff was injured during his contract and added some months into it. 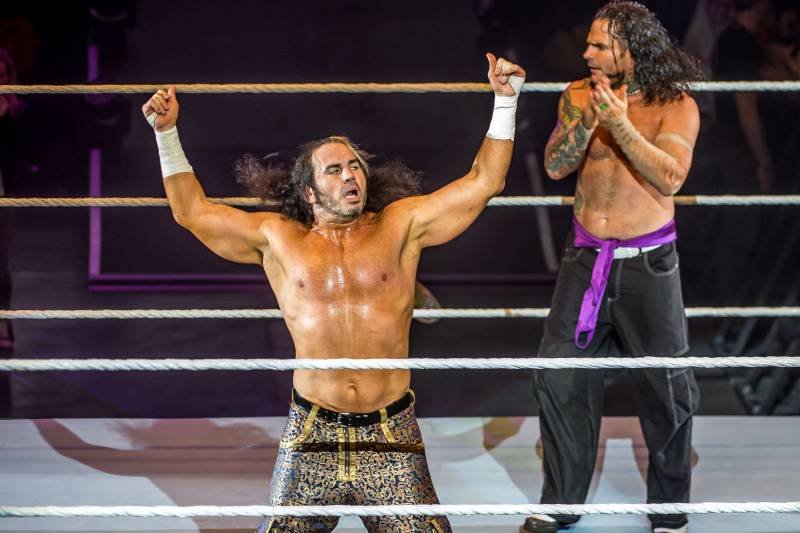 This is the reason Jeff would stay with the company until the end of 2020 or early 2021. This Matt Hardy tweet might be a tease or foreshadowing for the Hardy Boyz uniting again.

Was Jeff Hardy fine with the segment?

Jeff’s brother was disappointed with the segment but it is unlikely that Jeff shares the emotion with him. Fans speculate this because of the high stature Hardy enjoys in the company. It is also improbable for Vince to force Hardy into doing this segment if he wants the Enigma to stay, instead of defecting to the AEW.

Vince would try to keep him happy and WWE isn’t in the attitude era anymore where these storylines would make money. They are PG now and references to substances have been drastically reduced by the company

Jeff would have consented for the company to showcase his inner demons on TV. The bookers on their part ensured that Hardy looked strong by the end of the show as he destroyed Sheamus.

The fans can only be patient and wait for next week’s SmackDown to see if it is Sheamus or someone else who framed Jeff and exploited his past.