Matt Riddle is one of the craziest superstars in WWE right now. Riddle experienced enormous growth in his career recently following his tag team formation with Randy Orton. It raised a lot of eyebrows as no one expected Riddle and Orton to work out as a team. This is because of the weird relationship which they share.

But ultimately, it worked out for both of them as they are currently the Raw Tag Team Champions. The tag team is also known as RK-Bro. Recently, Matt Riddle appeared on Peter Rosenberg’s “Cheap Heat” podcast. During his appearance, Riddle revealed how this unusual tag team was formed.

Riddle claimed he mentioned the formation of RK-Bro to his co-workers about a month ago before it actually happened. But sadly, everyone laughed at him. He said (h/t: WrestlingNews.co), “RK-Bro, I brought it up, wishful thinking and it got laughed at. I was like, oh that will never happen.”

Well, Riddle certainly deserves some credit over here. Otherwise, we could never see such an amazing and unique tag team in WWE.

How did Matt Riddle and Randy Orton come together as a team?

Riddle was the one who proposed the idea of a tag team with Randy Orton. Riddle interrupted a backstage interview of Orton on April 19, 2021, to propose the idea. But Randy Orton simply ignored it. Later on, Riddle would surprise everyone by defeating Orton in a match.

In the following week, Randy accepted Riddle’s proposal as they were set for tag team glory. Well, there were doubts if Randy would turn on Riddle following his loss against Riddle last week.
But the two combined well and picked up their first win as a team following their victory over Cedric Alexander and Shelton Benjamin. 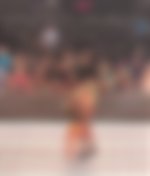 At SummerSlam 2021, RK-Bro got their hands on the Raw Tag Team Championship for the first time as they defeated their long-time rivals–AJ Styles and Omos. Since then, RK-Bro has been on a roll. Recently, they defended their title against Dolph Ziggler and Robert Roode.

Do you think RK-Bro will dominate the tag team division on Monday Night Raw for a long time? Or will they be removed from the throne soon?