The recent NXT Championship match between Bron Breakker and Tommaso Ciampa stunned many famed wrestling personalities. Everyone took notice of Bron Breakker as he picked up the glorious victory over Ciampa and won the NXT Title.

Recently, WWE Superstars reacted to Breakker’s NXT Championship victory over Ciampa. The long-awaited dream has finally been fulfilled. WWE Legends like Shawn Michaels, Mick Foley, Rikishi, and many others congratulated Breakker on his landmark victory.

An #WWENXT generational battle for the #NXTChampionship ushers in the era of a NEW @WWENXT Champion!!

Congrats @bronbreakkerwwe and respect to the realest in the game your pops Rick 💯 #ProWhoKnows https://t.co/lCJkORXIZc

Big congrats to the new champs @bronbreakkerwwe and @Carmelo_WWE. We are entering a new age. 👊🏻

Even Breakker’s father, Rick Steiner, appeared in the ring to celebrate his son’s victory. A proud moment for the WCW legend.

In September 2021, Breakker made his NXT debut. He competed against LA Knight in his first match, where he grabbed his first victory. Right from his debut, he proved his wrestling skills and potential talent. The young star has achieved a big milestone in an exceedingly short amount of time.

Recently, WWE fans witnessed Bron Breakker and Tommaso Ciampa in action. Both men fought hard in an attempt to secure the victory. Although Ciampa displayed amazing wrestling skills and dominance in the match, he failed to retain his title.

Previously, both men collided at Halloween Havoc for the NXT Title, but Breakker failed to win it. But, this time, Breakker achieved his dream. He defeated the champion with his vicious moves and determination. Even with Ciampa’s fairy tale ending and consecutive knee strikes, he didn’t lose.

In the final moments of the match, Breakker defeated Ciampa to become the new NXT Champion. The seeds of a new era in the NXT brand have been planted.

Mandy Rose defended her title against Raquel Gonzalez and Cora Jade in a triple threat bout. Gonzalez dominated the match with her destructive moves to keep Jade and Rose on the ground.

Eventually, Gonzalez targeted Rose and handed out a ruthless beat down. However, her efforts were for naught, as Cora Jade interfered with the match by attacking her. In the dying minutes of the match, Jade knocked off Gonzalez off the ring and tried to pin Rose. Unfortunately, Rose gave her a roll-up pin and retained her title. 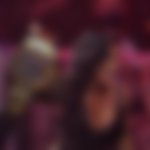 What do you make out of this? Is the NXT’s Black and Gold era ended? Will we see the rise of new superstars in the process? Tell us in the comments.