‘The Original Bro’ Matt Riddle joins the elite club of WWE superstars who stepped outside the squared circle. Top-tier superstars like John Cena, Dwayne “The Rock” Johnson, and Roman Reigns have saluted their caps to Hollywood.

These WWE megastars frequently were invited to The Tonight Show Starring Jimmy Fallon. However, Riddle found himself lucky to be on this stage to make his name in the big leagues of Vince McMahon’s company.

Since ‘The Original Bro’ Riddle debuted in WWE, he has admired his pal/best friend, Randy Orton. Riddle and ‘The Viper’ successfully had a good run as the Raw Tag Team Champions until The Usos interfered.

How was WWE Superstar Riddle belittled by the NBA Prospect?

Yes, Riddle had a hectic schedule on WWE programming. But after a long weekend, ‘The Original Bro’ did not let his defeat stop the fun he wanted to have. The legendary Hollywood host invited Riddle on the latest episode of the NBC’s The Tonight Show, Starring Jimmy Fallon.

Fallon reached out to the suggestion box by the fans and set up a scenario in which Riddle appeared. According to the audience suggestion box, the prospective NBA draft pick shot an onion ring on the occasion of “National Onion Ring Day.”

He then introduced ‘The Original Bro’ and Santa Clara standout Jalen Williams to shoot an onion ring with a hockey past the WWE superstar. Of course, Riddle came in wrestling gear and even kicked off his flip-flops before putting on the hockey goalkeeper mask, gloves, and blocker.

Well, the NBA prospect, Jalen William’s first shot, punched Riddle’s short-side under his leg. Finally, Jimmy Fallon concluded the bit by not allowing ‘The Original Bro’ for a second save.

During the past week’s Friday Night SmackDown episode, Riddle squared off against Roman Reigns for the Undisputed Universal Championship. This was by far Riddle’s most important match of his career. 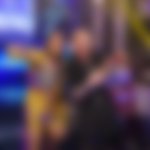 ‘The Original Bro’ wanted to get back at Roman Reigns for injuring his best friend, Randy Orton. Hence, he challenged ‘The Tribal Chief’ for the WWE Undisputed Universal Championship match. Since WrestleMania 38, this was the first time Reigns defended his title on Friday Night SmackDown.

Riddle was more than prepared to face ‘The Tribal Chief’ as revenge boiled in his blood. In addition, ‘The Original Bro’ stepped inside the ring with total vintage Randy Orton mode. One-half of team RK-Bro converted Reigns’ Spear’ into the most vicious RKO!

However, ‘The Tribal Chief’ in the last moments of the match “Speared” Riddle in mid-air. Finally, Roman Reigns had the last laugh on ‘The Original Bro’ and kept his title.