Kyle O’Reilly and Von Wagner battled it out with Imperium for the NXT Tag Team Championship. The match took place last night at NXT WarGames, and Imperium came out on top again.

Many believed that Kyle would leave the WWE after his match at WarGames tonight, but it looks like he’s heading towards a new direction and a new feud.

After Kyle took the pin from Marcel, the crowd started chanting, “Thank you, Kyle.” However, no one knew what was next for the former member of The Undisputed Era; will he leave WWE or stay? However, the answer to the question of Kyle’s future came shortly after.

Von Wagner tried to blindside O’Reilly and attack him from behind. However, Kyle, who has been betrayed before, saw the attack coming. He destroyed Wagner with multiple kicks and symbolized his former faction’s hand.

Following the attack, Kyle cut a promo backstage. He said that he foresaw Von’s betrayal from a mile away and mentioned it was the first time in five years he wasn’t a part of WarGames. In the end, he challenged Wagner to a steel cage match on Tuesday.

On Twitter, O’Reilly addressed the attack and said he would ‘stretch him on Tuesday in the cage for even trying.’

I’ve been turned on before and I ain’t going down that road again. F that newb I’m gonna stretch him on Tuesday in the cage for even trying. https://t.co/YdC7kGqd3N

In a backstage interview, Wagner also commented on his betrayal and said, “Come Tuesday, you’ll have nowhere to run and nowhere to hide. My war has just begun.”

Kyle O’Reilly signed a contract extension to be part of WarGames but what happens after that remains unknown. Several dirt sheets speculate that Johnny Gargano and O’Reilly are AEW-bound.

Adam Cole even talked about reuniting The Undisputed Era after his AEW debut with ComicBook.com. He is currently part of a tag team with Bobby Fish.

Cole said that one couldn’t know again in pro wrestling because it could happen again.

“So like personally, when it comes to Kyle O’Reilly and Roderick Strong, of course, I love the idea of working in the same company as those guys. I love those guys. All that talk that we did for four years about being brothers and talking every single day, that’s all true. That’s true to this day.” Cole said.

Adam added they’re the best of friends. But he wants what’s best for his friends personally, whether in AEW or WWE. 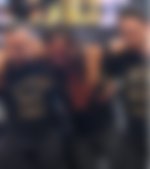 “So whether that be them showing up in AEW, whether it be them staying in NXT, whether it be them going to Raw or SmackDown or going over to Japan or what have you, I’ve always been someone, because I do care about my friends, I want them to do what’s best for them. So, yeah, I guess we’ll see.”

Talk about foreshadowing. If O’Reilly were going to leave WWE after his match, Wagner wouldn’t have attacked him.

It looks like the former tag team champion is staying in WWE after all. But anything is possible, so the fans will have to wait and watch.

Watch This Story: From Slapping Austin Theory to Getting Cozy with Torrie Wilson: Most Memorable WWE Moments of Vince McMahon