Mandy Rose has become the top dog of the WWE women’s division since her re-debut in NXT with Toxic Attraction. Despite people hating on this shift, Mandy has exceeded all expectations and conquered the hate.

Rose started her professional wrestling career as a participant in the Tough Enough competition of the WWE. Even though she did not win the contest, she was able to impress WWE and achieved a professional contract in the company.

She started as a rookie in NXT, where she competed in quite a few matches, but lost most of them. Rose even lost her first televised match in NXT.

Mandy then came to the main roster, where she formed a stable with Sonya Deville and the former WWE Divas champion Paige in 2017, and they were called Absolution.

Unluckily, after a few months of being stable, Paige had to retire from wrestling due to an injury. However, Sonya and Mandy proceeded to work as a tag team, but it didn’t stand out in the absence of the leader of Absolution. 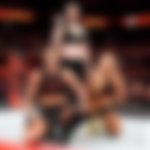 They kept going as a tag team until they split up last year, and both of them went solo.

Mandy Rose, as an individual competitor, was not gaining the right momentum, as she was mostly jobbing to other wrestlers. She went on to form a tag team with Dana Brooke, but WWE forgot about them soon enough.

Mandy was more or less a jobber until she went back to the NXT, which came as a surprise to the fans. She created another trio in NXT with Gigi Dolin and Jacy Jayne, a.k.a Toxic Attraction.

The brand new NXT Women’s champion, Mandy Rose, is a heartthrob for millions worldwide. Her social media accounts are no less than a treat for fans from all over the world.

In a recent post, she showed off her insane physique after her win at NXT Halloween Havoc 2021.

Fans were impressed and shocked with Rose’s transformation because she had a completely different physique on the main roster.

Some fans expressed their thoughts via Twitter, calling Mandy’s body ‘the one of a champ,’ and some congratulated her on the win.

The former Golden Goddess went from being a jobber to being the face of the NXT Women’s division while elevating young stars. Her transformation has been a tremendous success, and she seems to have the support of the WWE universe as well.