Triple H, Edge and Many React to the Brutal War Between Finn Bálor and Kyle O’Reilly

Finn Bálor and Kyle O’Reilly took each other to hell at NXT TakeOver 31 last night. The two Superstars spared no brutality in the pursuit of the NXT Championship. The match earned critical praise all around the wrestling world.

You can see the look on both @FinnBalor and @KORCombat’s faces… to say that match was physical would be an understatement.
THAT. WAS. WAR.
Finn backed up everything he said..and Kyle showed everyone he belongs in the main event. #NXTTakeOver https://t.co/BTFBuFRSf2

The reigning Champion, Finn Bálor, went in knowing that he was stepping into one of the biggest nights of his career. Kyle O’Reilly was everyone’s favorite underdog and was backed by prominent NXT figures.

@FinnBalor @KORcombat that was outstanding

Living up to everyone’s expectations, the two blew the roof off the place. O’Reilly made sure he was known and probably gave NXT the best fight it has ever witnessed.

Just WOW!!! I salute @KORcombat and @FinnBalor for a truly evolved style of professional wrestling with legit technique, logic, physicality, and passion.
All of us at @FaleDojo loving every moment of this!
THANK YOU BOTH! pic.twitter.com/WPSjz70FyL

Unfortunately, his efforts were in vain as Finn Bálor managed to crawl out alive by securing the victory. It can surely be said that he pulled it off by a hair strand of a margin.

Both Superstars were left bleeding from their mouths in a match that went black and white due to the breach of PG content. This just proves how much both Superstars wanted it.

Finn Bálor and Kyle O’Reilly have both sustained injuries 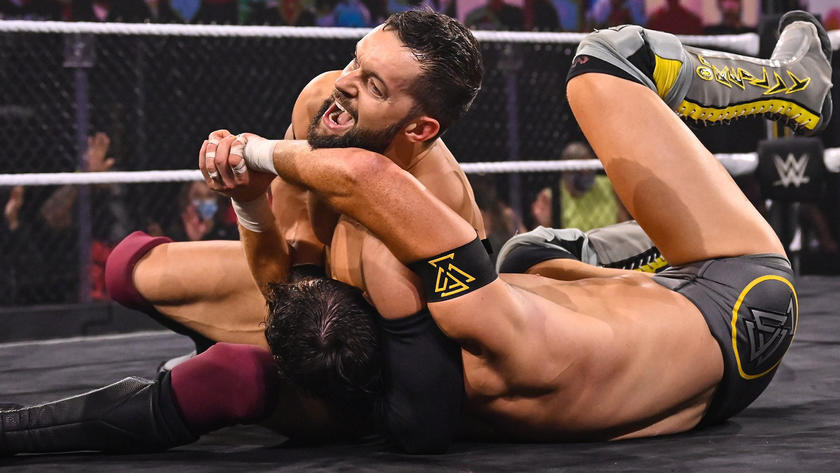 Following the match, Finn Bálor was rushed to the hospital. In a post-event media call, Triple H confirmed that Bálor was indeed undergoing checks.

Shout out to Finn and Kyle for wrestling like they’re trying to get G1 points tonight. @FinnBalor @KORcombat #NXTTakeOver

He assured fans that there was no serious injury detected as of now and that Bálor went through some X-Ray scans. This was done to figure out if there was anything wrong. The blood from the mouth surely hinted at some sort of Jaw injury.

We have learned that @KORcombat has several broken teeth and #NXTChampion @FinnBalor is being evaluated for potential facial fractures after their grueling #NXTChampionship Match at #NXTTakeOver 31. https://t.co/ER1dnoRqrj pic.twitter.com/hblTEAqo2Q

Finn Balor is a fucking BEAST…

Both Superstars are not expected to return to action anytime soon. If Bálor’s supposed injury gets serious, he will have no choice but to give up his title like Karrion Kross before him.

As of now, he can walk away a proud Champion. Finn Bálor is no longer crippled by the crutches of “The Demon” and is his own man. He intends to keep it that way.