The addition of The Beast meant that the fatal 5-way match was highly anticipated. However, this wasn’t the original plan for the WWE Title match. Before Roman Reigns’ withdrawal from the event, Big E was supposed to retain his WWE title on Day 1 against the other three men. 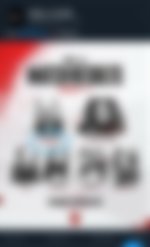 A post from WWE revealed the original plans for the WWE Championship. At the recent pay-per-view, fans saw Big E defending his title against Seth Rollins, Bobby Lashley, Kevin Owens, and Brock Lesnar. If Lesnar wasn’t booked for the WWE Title match, it was crystal clear that Big E would have retained the title.

Fans saw Brock Lesnar doing what he does best as he dominated the in-ring action and became a 6-time WWE Champion.

On ‘Day 1’ PPV, Brock Lesnar won the WWE Champion. However, this wasn’t his original target to hit on.

I yearn to perform tonight at #WWEDay1 to defend my Universal Championship. However, unfortunately, earlier today I tested positive for COVID-19. Due to the proper protocols I am unable to compete as originally scheduled. I look forward to returning to action as soon as possible.

Originally, WWE planned Lesnar to face the Universal Champion Roman Reigns. However, Reigns was not able to be a part of the event and that led to a different scenario.

So, what next for Brock Lesnar? Being the current WWE Champion, will he confront Reigns for the Universal Title? During the ending of the WWE title match, fans saw some tension between Bobby Lashley and The Beast and were hoping for that match to happen.

The seeds for a potential Bobby Lashley vs. Brock Lesnar one-on-one match have been planted.

I would love and need to see it. WrestleMania?! #WWEDay1 #WWEChampionship pic.twitter.com/q6wORFEjBw

What WWE plans to do in the future, we do not know, however, for now, Lesnar’s victory has left the fans in confusion. The Royal Rumble pay-per-view is approaching and fans are not sure who’s gonna be on the match card and are eagerly waiting to see how this storyline develops.

Bobby Lashley has set his eyes on Brock Lesnar. However, Roman Reigns could also be back in a short time.

So the question remains? Who is Brock Lesnar’s next opponent? Is it Roman Reigns or Bobby Lashley? Tell us in the comments.