WWE Universe expected Dwayne “The Rock” Johnson to appear at The Most Stupendous WrestleMania 38 to humble his cousin, The Tribal Chief aka Roman Reigns. Wrestling fans waited for The Rock’s most “electrifying” theme song to pop at WrestleMania 38, but that did not happen.

Even Dwayne “The Rock” Johnson’s mother dropped a hint when she appeared in Dallas for WrestleMania 38. Roman Reigns successfully defeated ‘The Beast’ Brock Lesnar to become the WWE Undisputed Universal Champion.

Some fans speculated that there’s a possibility of WWE doing something similar to The Rock vs. John Cena, which was set as the main event of WrestleMania one year before the show. However, Roman Reigns’ special counsel Paul Heyman noted that he isn’t a fan of setting up a WrestleMania match one year in advance between The Rock and Reigns.

While speaking to Ariel Helwani on The MMA Hour, Paul Heyman discussed the possibility of The Brahma Bull vs. The Tribal Chief.

Heyman said, “Why, why would you do it? Because then you’re telling everybody that for the next 364 days, nothing matters until The Rock.”

Watch This Story:- From The Rock to Lacey Evans: WWE Superstars Rumored To Make A Return Soon

According to Heyman, if the company created a storyline for The Rock a year before, it would create chaos. Everyone knows that Dwayne Johnson is a massive attraction to the WWE.

Is Paul Heyman right with his prediction?

So Paul Heyman imagines that exciting The Rock vs. Roman Reigns will steal the thunder of others until The Brahma Bull appears. Being a wise man to Reigns, Heyman raised an interesting point. 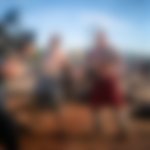 Of course, it would be a challenging task for Dwayne “The Rock” Johnson to commit to a year for WWE, given his busy schedule in Hollywood. Meanwhile, there’s no shortage of feuds and rivals for The Tribal Chief.

Now, The Tribal Chief holds two of the top titles in WWE, which established the dynasty of the Samoan family. The Head of the Table, Roman Reigns, is at the top of his game, and who will challenge him for the World title can never be predicted.

So what do you think should the WWE build up a storyline for The Rock vs. Roman Reigns for a year?