The latest episode of Monday Night Raw began with a bang. WWE Champion Randy Orton stepped out in front of the booing fans at ThunderDome to lay down his authority as Champion.

Confident that he is now better than WWE legends Edge, The Undertaker, and Shawn Michaels, “The Legend Killer” issued an open challenge to anyone in the locker room to compete for the title on the spot. 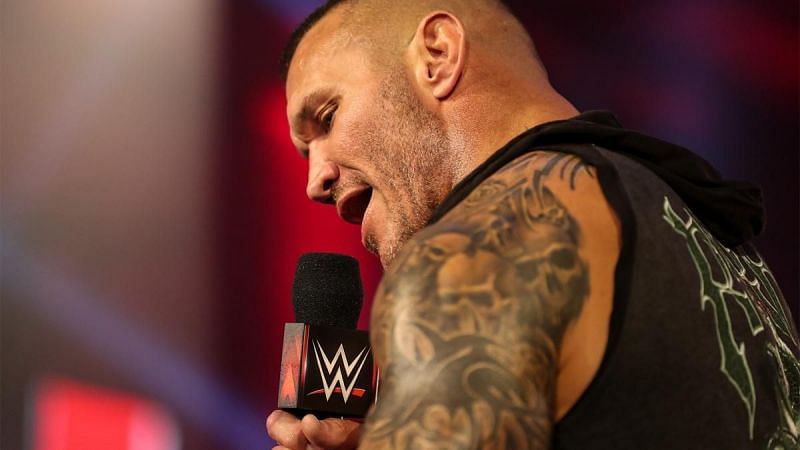 WWE fans expected Drew McIntyre to step right out but instead, a very shocking theme song played. Alexa Bliss, the new partner of “The Fiend”, trotted out with a smirk.

As she entered, everyone expected “The Fiend” to appear and ambush Orton. “The Viper” himself looked out for that devilish face.

Unfortunately, he got taken unawares by his arch-rival. From behind, former Champion Drew McIntyre attacked Orton with a devastating Claymore Kick.

“The Scottish Psychopath” then challenged Orton to a rematch. As he walked away, the two most talked about men in the WWE Universe showed up.

The Miz tried to steal away the WWE Championship!

Running to the ring from behind were The Miz and John Morrison. As Mr. Money in the Bank. Miz had the choice to cash in his contract to challenge for the title.

Miz was highly pitted to appear at Hell in a Cell to steal the title from Orton after a hard-fought match against McIntyre. This would have been the best way to go since Orton is already a heel.

However, Miz picked the perfect opportunity. Just as the bell was about to ring, McIntyre returned furiously and took out The Miz and Morrison. Both were flung out of the ring.

McIntyre wants the title to himself and it can be no one else’s. Orton was shocked as his biggest foe had saved him. It is of course now a choice between the devil and the deep blue sea for him.

Miz can cash in his contract at any point in time. WWE fans already know how good he is at picking the right time. If McIntyre didn’t interfere today, we would surely have seen a new Champion.

As the heated feud between Randy Orton and Drew McIntyre continues, the wolves watch from the shadows. The Miz will eagerly analyze every move, and when he strikes he will go in for the win.