Randy Orton Breaks Character to Save a Child from Getting Crushed

Brutal in the ring, kind outside – this is all that can be said for Randy Orton. He may be breaking bones in the ring but once he’s outside the squared circle, he’s one of the most caring individuals in the industry.

It so happened that during a WWE Live Show, Orton was walking down the aisle, while greeting fans. Especially his young fans. He was the only one who noticed one such young boy getting crushed against the railings because of others pushing him.

The Viper dropped the belt from his shoulders and immediately asked everyone to back up. He leaned over to ensure the boy was fine. And, expressed his frustration to the surrounding others.

It’s no surprise that Randy Orton ensured to help the little boy considering he’s a father himself and understands when a child is in danger.

Matt Riddle isn’t exactly the most mature Superstar in the industry. He likes to take unnecessary shots at other Superstars, makes dramatic entrances at PPVs, and moves around on a scooter.

Therefore, it’s not surprising if Orton doesn’t quite embrace some of Riddle’s antics. However, keeping that aside, Orton and Riddle make quite the team. 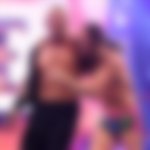 Both of them work together like a well-oiled machine. In fact, they worked so well together that they ended up defeating The Giant Omos and AJ Styles to become the new WWE Raw Tag Team Champions.

RK-Bro have had several matches as champions, and they’ve successfully retained the titles.

Their most recent match was an 8-man tag team match where RK-Bro teamed up with The Street Profits to take on AJ Styles & Omos and Dolph Ziggler & Robert Roode.

Even though RK-Bro and Street Profits lost the match, Orton got the last say when he RKO’d Ziggler.

There will come a day when RK-Bro will lose the title to another team. However, until that day, this unusual tag team is going to produce a series of brilliant matches and promos, that’s for sure!