Randy Orton to Surpass John Cena, The Undertaker and The Rock With a Unique Record at WWE Survivor Series 2021

When we talk about legends and champions in WWE, one Superstar who doesn’t get the credit they deserve is Randy Orton. The Viper has become a veteran in WWE. Over the years, Randy Orton has won almost every Championship in WWE. And now, at the 2021 Survivor Series PPV, he is going to add another record to his name.

Following his appearance at the 2021 Survivor Series PPV this coming Sunday, The Viper will break the record for most appearances in a WWF/WWE PPV. According to The Internet Wrestling Database, Randy Orton is currently tied with former WWE superstar, Kane. Both Orton and Kane are currently tied at 176 WWF/WWE Pay-Per View appearances.

Well, this will be a monumental achievement for Randy Orton, considering the names which are behind him on that list. The Undertaker (174), Triple H (173), and John Cena (163) are the names that are behind Randy Orton in the list for most appearances in a WWF/WWE PPV. The Viper and his current tag-team partner, Riddle, will face The USOs at the Survivor Series PPV in a match for the brand supremacy.

Will Randy Orton and Riddle be able to defeat The USOs at Survivor Series?

One advantage for The USOs will be that they have mostly worked as a tag team ever since their debut in WWE. But that is not the case for RK-Bro. Both Randy Orton and Riddle have mainly contested in singles matches before the formation of RK-Bro in April. 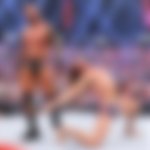