Rare Brock Lesnar Record That No Man on Earth Can Break

The Beast Brock Lesnar is currently the WWE World Heavyweight Champion, and over the years, he has procured a record no other wrestler can. Since the start of this year, Brock has already won the WWE Championship twice and is now a 10 time champion in the WWE.

Before he gained success as a WWE superstar, Lesnar left an imprint on NJPW, UFC, and other combat sports promotions.

Over the years, The Beast Incarnate has had an impressive record of winning championships across various fighting promotions. But what stands out is that Brock Lesnar won the World Heavyweight Championship at UFC and NJPW.

Various other fighters have also competed across different promotions, however rarely do they win the main title across multiple promotions. Therefore, The Beast Incarnate’s record seems unbreakable.

Just imagine The Beast in his college days! Brock Lesnar began amateur wrestling when he was in Webster High School. Lesnar was stacked with incredible body shape while in his sophomore year. Brock was later transferred to the University of Minnesota on a wrestling scholarship.

He won the National Junior Athletic Association (NJCAA) during his college days in 1998. Brock Lesnar also won the NCAA Division One Heavyweight Championship in 2000 under the guidance of Shelton Benjamin.

It includes Lesnar holding the WWE Championship 7-times and the WWE Universal Championship 3-times. After being a 10-times World Champion, The Beast Incarnate has joined the elite club with other WWE legends, such as The Rock, Sting, John Cena, Ric Flair, and others.

The Beast shocked the world as IWGP Heavyweight Champion

After becoming the youngest World Champion in 2002, Brock Lesnar took a break from the WWE to pursue his career as an NFL player. But after a critical bike accident, Brock buried his dream of becoming a football player. The Beast returned to the world of professional wrestling in 2005 to join the New Japan Pro Wrestling (NJPW).

Brock Lesnar wanted to try his hands inside the octagon following his exit from NJPW. The Beast began his career in MMA in 2007 and was signed by the UFC in 2008. However, just like always, The Conqueror knows how to establish his presence in any ring he enters. 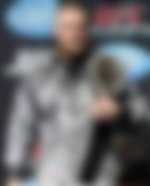 Brock Lesnar at UFC 91 stunned the fans when he defeated the Hall of Famer Randy “The Natural” Couture to become the UFC Heavyweight Champion. The Beast has destroyed his opponents in every professional wrestling and fighting ring.

Brock Lesnar is the only man to win NCAA, WWE, IWGP, and UFC Heavyweight Championships. The Cowboy Brock is one of the most prominent athletes in the sports world. Brock’s power and athleticism are unmatchable, making him a very dominant and competitive dynamic wrestler.

The Beast Brock Lesnar is still active in his career and who knows, maybe he will earn another record down the line. Brock Lesnar is set for The Biggest WrestleMania Match of All Time against Roman Reigns. The feud between The Tribal Chief and Lesnar has a long history.

Finally, WWE has announced a WINNER TAKES ALL Unification Match on WrestleMania Sunday. Who do you think will win this match? What do you think of Lesnar’s amazing record? Let us know in the comments.