The recent episode of Monday Night Raw saw RK-Bro (Randy Orton and Matt Riddle) address the audience with some humorous talk until Alpha Academy interrupted them. Chad Gable mocked Orton for his unsuccessful attempts to hit the RKO on Otis last week.

Riddle and Gable’s trash-talked entertained the WWE Universe and excited them as Riddle challenged Gable to a one-on-one match.

It's going to be a very busy and eventful night for #RKBro and the #AlphaAcademy. pic.twitter.com/u4h2M2d1ow

However, Chad Gable made the match even more interesting by adding Otis against Randy Orton.

The first match between Riddle and Chad Gable was short-lived as Riddle pinned Gable. However, Otis interrupted his winning moment.

Last week, Randy Orton competed in a match against Gable, where he was victorious after hitting the RKO. Subsequently, Otis, who came to aid Gable, successfully defended himself from getting hit by the RKO as he threw Orton outside the ring. 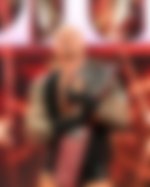 In tonight’s episode of Monday Night Raw, Orton and Otis went one-on-one against each other with aggressive moves. Although Orton had the pace advantage, Otis had a strong start and kept him down for some time. However, he couldn’t maintain his dominance.

The Legend Killer got into action again with some aggressive moves to slay Otis. In the last moments of the match, Orton hit an unbelievable RKO on the 350-lbs giant to win.

The ‘Day 1’ pay-per-view is less than a week ahead. In the event, RK Bro will defend their tag team gold against the RK-Bro tournament winners, The Street Profits.

RK-Bro tournament saw The Street Profits overcome the Mysterios (Rey Mysterio and Dominik Mysterio) in the finals to make it to the New Year’s Day PPV.

Will RK-Bro defend their tag team titles successfully at Day 1? Or will they implode and lose their Raw Tag Team Titles to The Street Profits? Could Alpha Academy show up and interfere? Tell us in the comments.