Mania Madness: The Biggest WWE WrestleMania Upsets of All Time

WrestleMania is the biggest show of the year for WWE and involves some of the biggest names on the roster. Storylines reach their climaxes, and history is made at the event each year.

Fans are accustomed to seeing their hero reach the golden throne at the grandest stage of them all, but sometimes, things don’t quite turn out as expected. In fact, WrestleMania often drops moments that shock the most tenured of WWE fans.

Here is a shortlist of some of WrestleMania’s biggest upsets in recent times.

Booker T was at the peak of his popularity and had an entire community supporting him when Triple H remarked that someone like him didn’t get to be Champion. The match clearly had racial charge built under it, and Booker was poised to finally humble ‘The Game’. 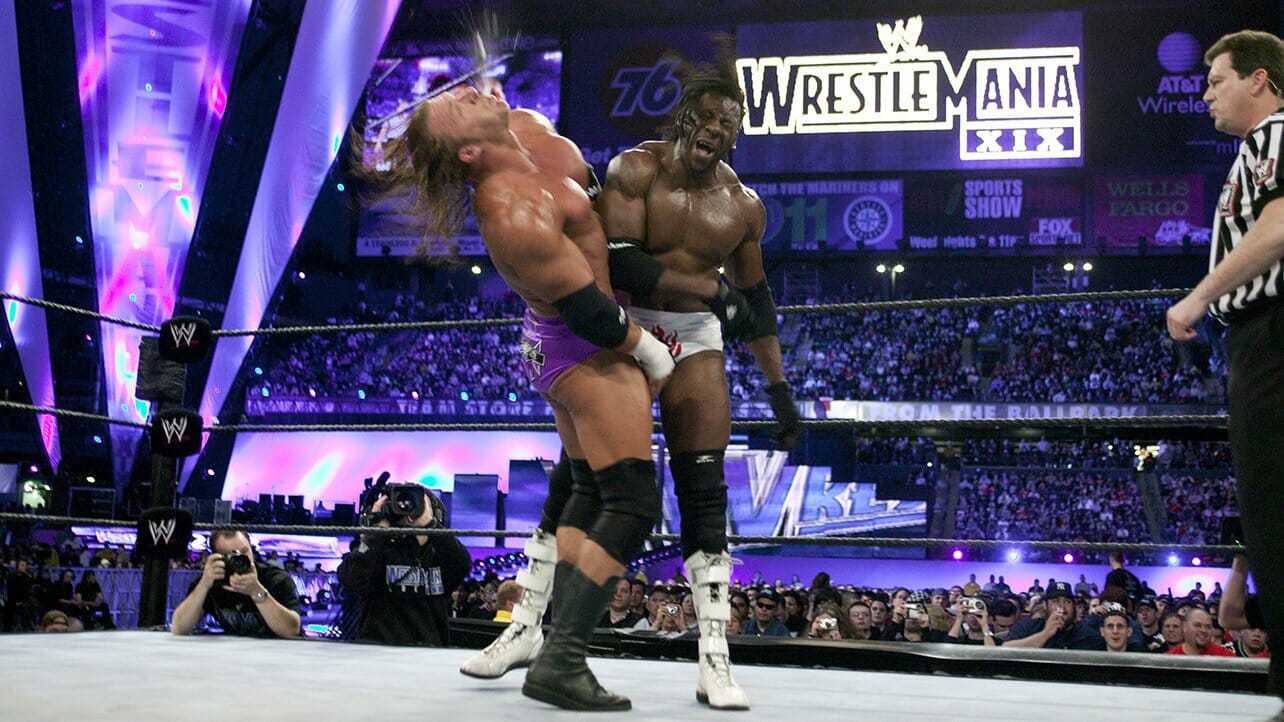 However, things took an awry turn when the defending World Heavyweight Champion countered Booker’s finishing attempt to deliver a final Pedigree for the pinfall. To this day, a majority of the fanbase including Booker T himself believes that he should have won the title that night.

‘The Awesome One’ is the Picasso of major upsets. His two WWE Championship wins came off the backs of Money in the Bank cash-ins against favorite Champions. The first one came against Randy Orton and the second against Drew McIntyre. 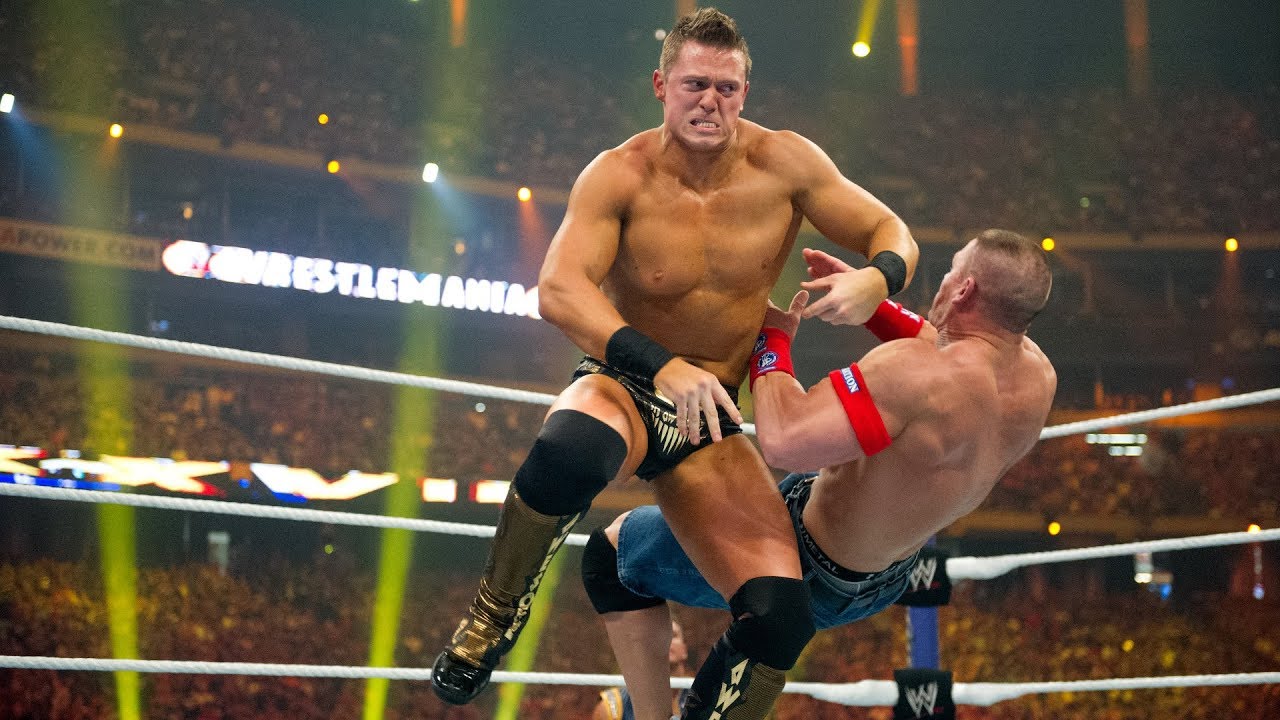 Coming in against John Cena, Miz looked poised to lose until guest referee The Rock turned on ‘The Cenator’. This was undoubtedly a tee-up to their huge feud which did win the crowd over. However, The Miz came out as the winner with his WWE Championship reign intact.

Triple H appears again on this list, but this time, it’s for his victory against Sting at WrestleMania 31. Sting was built as the anti-hero opposing the Authority and Triple H.

The match was a cross between WWE and WCW’s final stand, and fans expected Sting to walk away as the victor in what would be the perfect end to his run in the company. 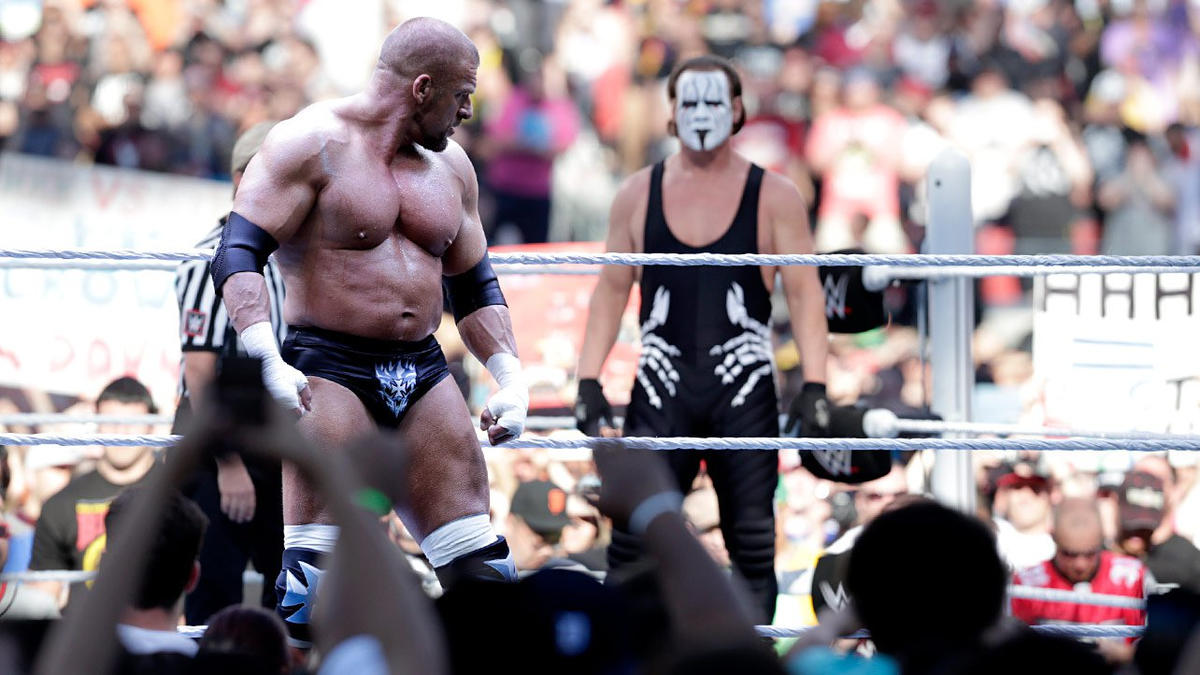 However Triple H ended up bringing in D-Generation X and Sting the nWo, and the former won by sending a Sledgehammer through ‘The Icon’. Fans did not really appreciate this upset and wished more for Sting; that dream match against The Undertaker comes to mind.

Triple H gets a triple feature and you can really see a pattern forming up here. This time, it was during the 14-time World Champion heyday, back at the dawn of the new millennium. 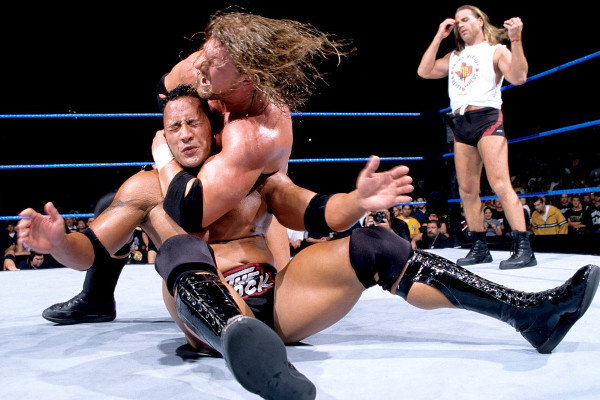 As Vince McMahon’s pet, The Rock was expected to run over Triple H and hold onto his title. However, choosing family over his association with the Champion, McMahon interfered and cost ‘The Brahma Bull’ the match and the Championship.

This kick-started the famous McMahon-Helmsley faction and ended the glorious days of heel Rock and his corporate persona.

‘Eat, Sleep, Conquer the Streak’ was Brock Lesnar’s motto going into this one, and then he went and did it. In one of the biggest sporting upsets of all time, Lesnar defeated the ‘invincible’ Undertaker at WrestleMania, a feat which no other Superstars had ever been able to do before.

Manhandling ‘The Phenom’, Lesnar was in total control towards the end and ended a 21-year long legacy with a devastating third F-5, pinning The Undertaker. The fans were absolutely stunned, and no one expected Taker to ever lose.

The emotions ran high as ‘The Deadman’ struggled to get back to his feet. The end of an era was marked and fans could not believe what they had just seen. Words cannot express how stunned the arena was when that third count landed.