You CAN See This: John Cena’s Most Memorable Moments of the Decade

John Cena was the face of WWE during the PG Era. His popularity amongst fans rose to exorbitantly high levels as he became one of the biggest babyfaces in WWE history.

The decade has been sort of an ebb and flow for Cena and witnessed the rise to his peak as well as his fall from glory. Taking a look back at the last 10 years, here are the best moments John Cena had in the ring.

Cena was famous for being the David to Goliath-like factions. His work against Nexus, however, stands out from the rest. 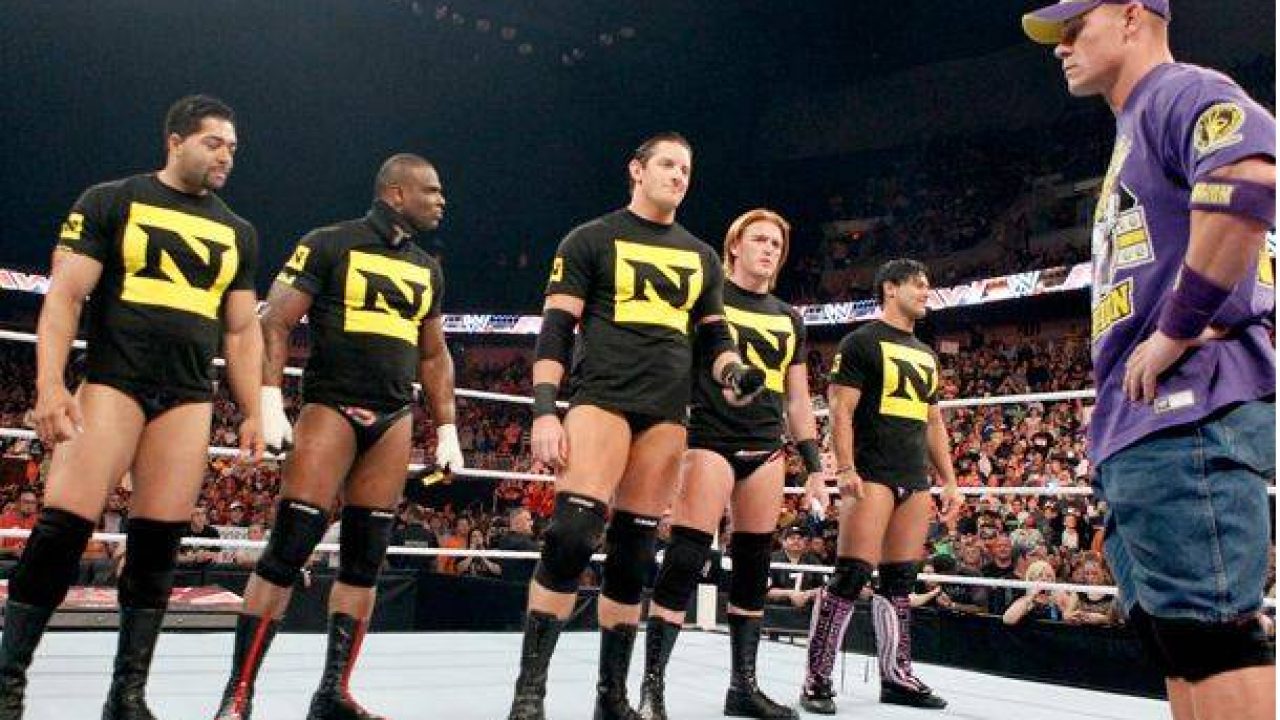 Wade Barrett and his group of renegades had WWE on its knees. Nexus seemed unstoppable until Cena threw his hat in the ring. ‘The Cenator’ was initially unsuccessful in curbing the tide and was forced to join Barrett’s faction at one point;

Although, he did manage to break free to form his own dream team to take down the bad guys. In one of the most electrifying crowd pops in WWE history, the fans rocked the stadium as Cena’s team assembled to take down Nexus for the first time.

Eventually, Cena took on Wade Barrett one on one, defeating him and ending the reign of terror once and for all. Nexus would try to crawl its way back but never reached the heights it had before.

CM Punk was at his peak in 2011 when he was undoubtedly the most popular Superstar in the business. Attempting to dodge the wrath of Vince McMahon, CM Punk was on his way out of WWE as the Champion. 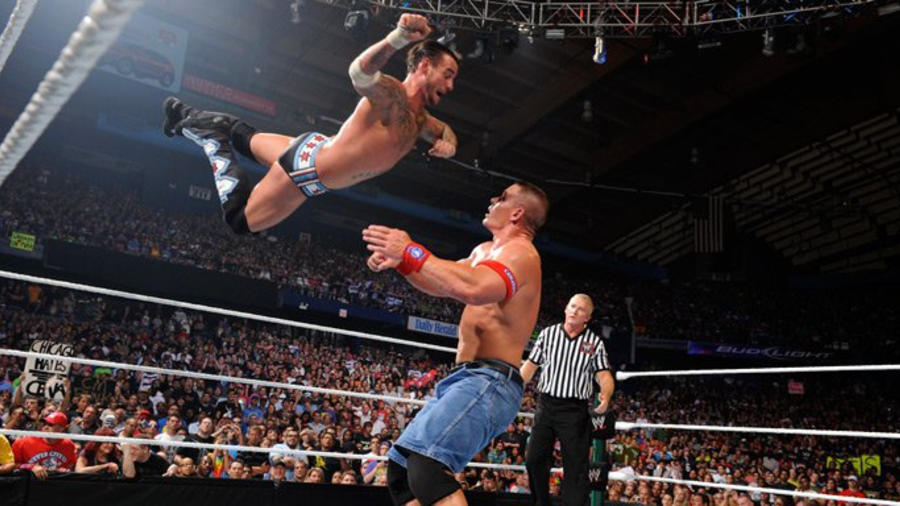 Attempting to stop Punk, McMahon called on Cena, who attempted to be the judicious savior once more. Cena had several matches with Punk until the final one that mattered.

In a matter of hours, ‘The Best in the World’ was ready to leave WWE as Champion. Cena was his last match, as stipulated by McMahon. The two went on to fight one of the best matches in modern-day WWE. 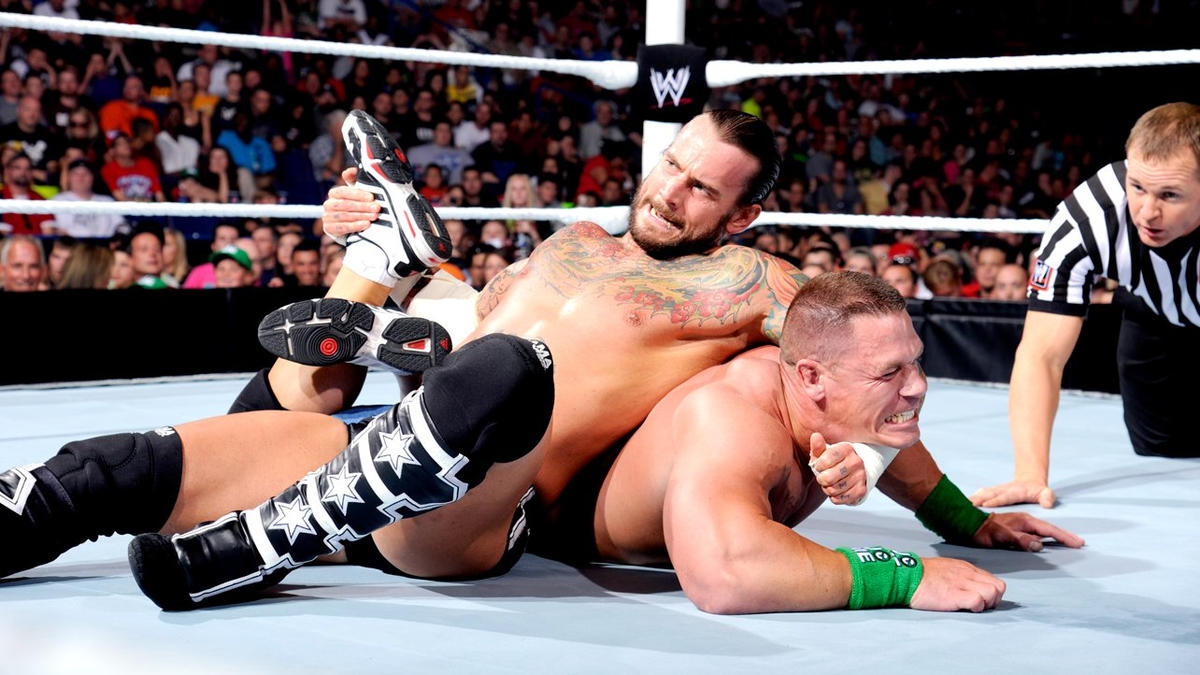 At Money in the Bank 2011, the fight lasted 40 minutes with both Superstars giving it everything. Eventually, Punk shocked the world by pinning Cena and making his way out of the arena with the Championship.

Although Cena didn’t win, the match reflected very well on him. His efforts earned WWE its first 5-star rating for a match since 1997 and was a huge push forwards for WWE’s product. 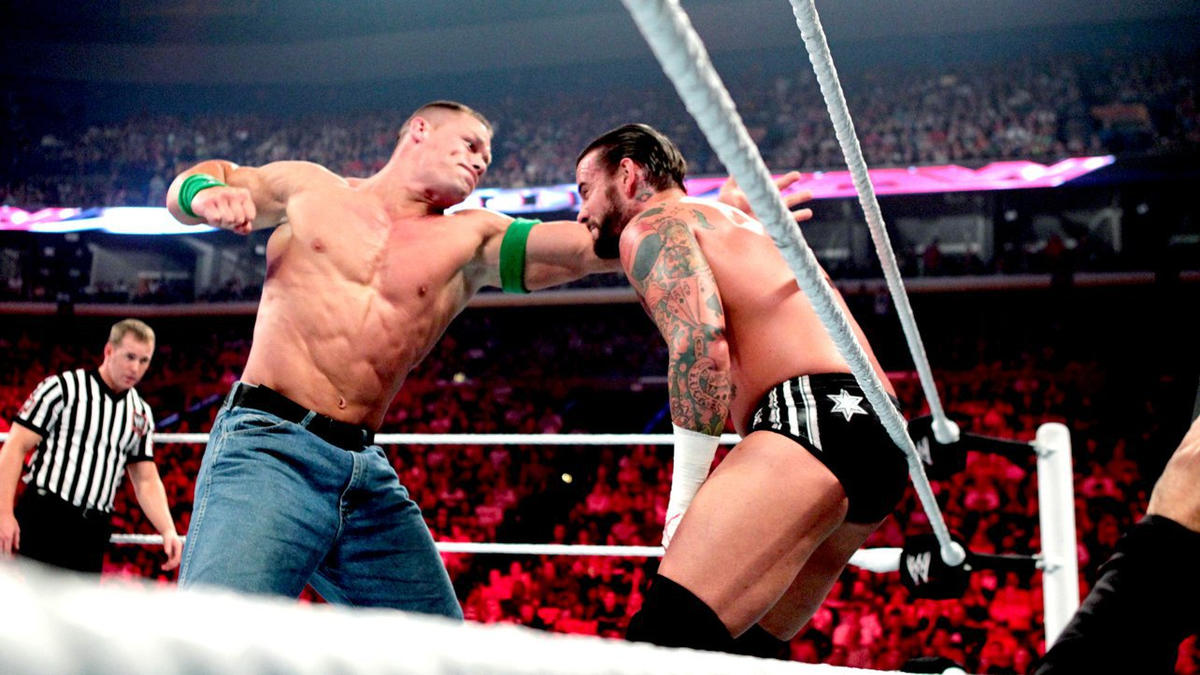 3.Defeating The Rock at WrestleMania

‘The Prototype’ lost to The Rock in one of the biggest dream matches of all time at WrestleMania XXVIII. Salvaging whatever pride he had left, he challenged ‘The Great One’ to another fight at WrestleMania 29.

The feud built up over a year and Cena was no longer the heel. Instead, he worked his way to make the next fight a true match between titans.

Just as Hulk Hogan passed the torch on to The Rock at WrestleMania 18, The Rock passed on the torch to the next generation in Cena. This marked a true legendary point in the career of John Cena as he was established as the face of WWE. 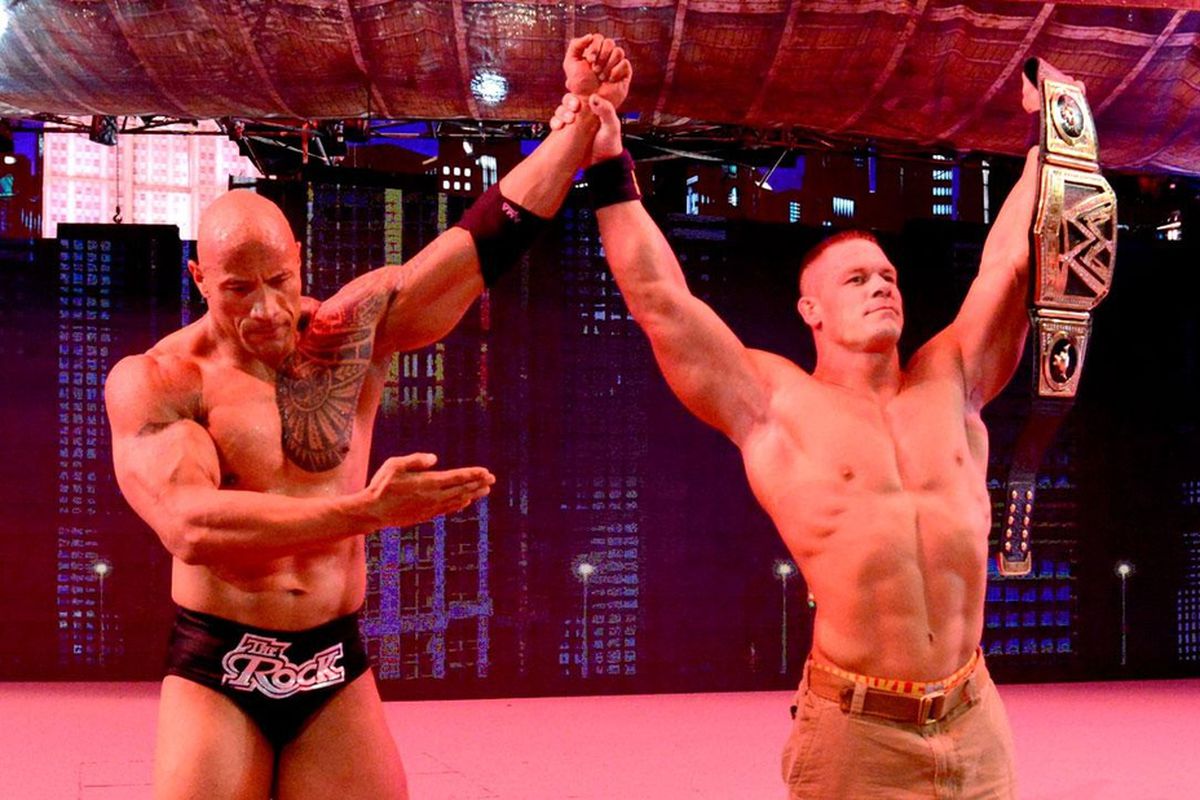 Everyone got what they desperately wanted when John Cena began a feud against AJ Styles. The two veterans fighting each other had been a dream match for years. 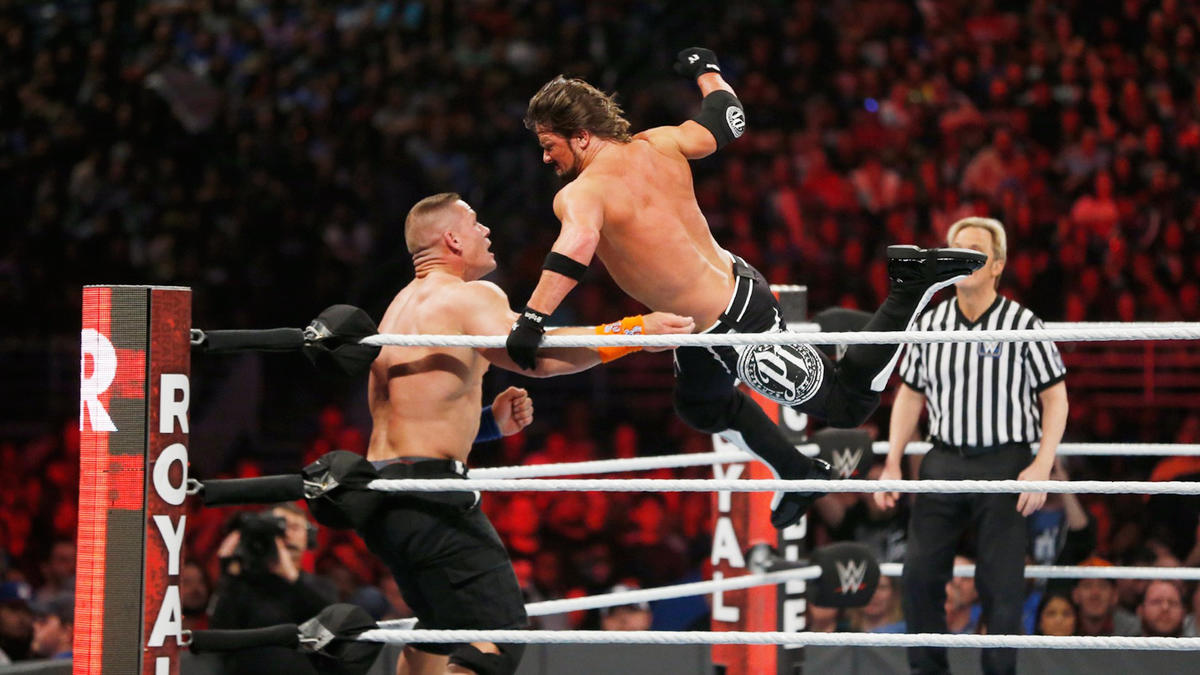 Unfortunately, a difference in wrestling promotions prevented this from ever happening. Many assumed they would never see this but had their hopes rocketed up when Styles joined WWE.

The feud saw a brilliant exchange of skill and experience between the two greatest wrestlers at the time. AJ Styles and Cena won the hearts of fans with their flawless display and the feud reflected well on both of them.

Cena managed to put over Styles while still keeping his own status intact. The work between the two was like a smooth engine running and fans certainly had a great time watching the two.

Another big thing to come out of the feud with AJ Styles, and one of the biggest milestones Cena could achieve.

After beating Styles for the WWE Championship, John Cena became a 16-time WWE Champion. With this feat, he equaled WWE Hall of Famer Ric Flair’s legendary record of the most Championship reigns in WWE history.

He still is on that number and intends to break the record soon, cementing his legacy as one of the greatest. 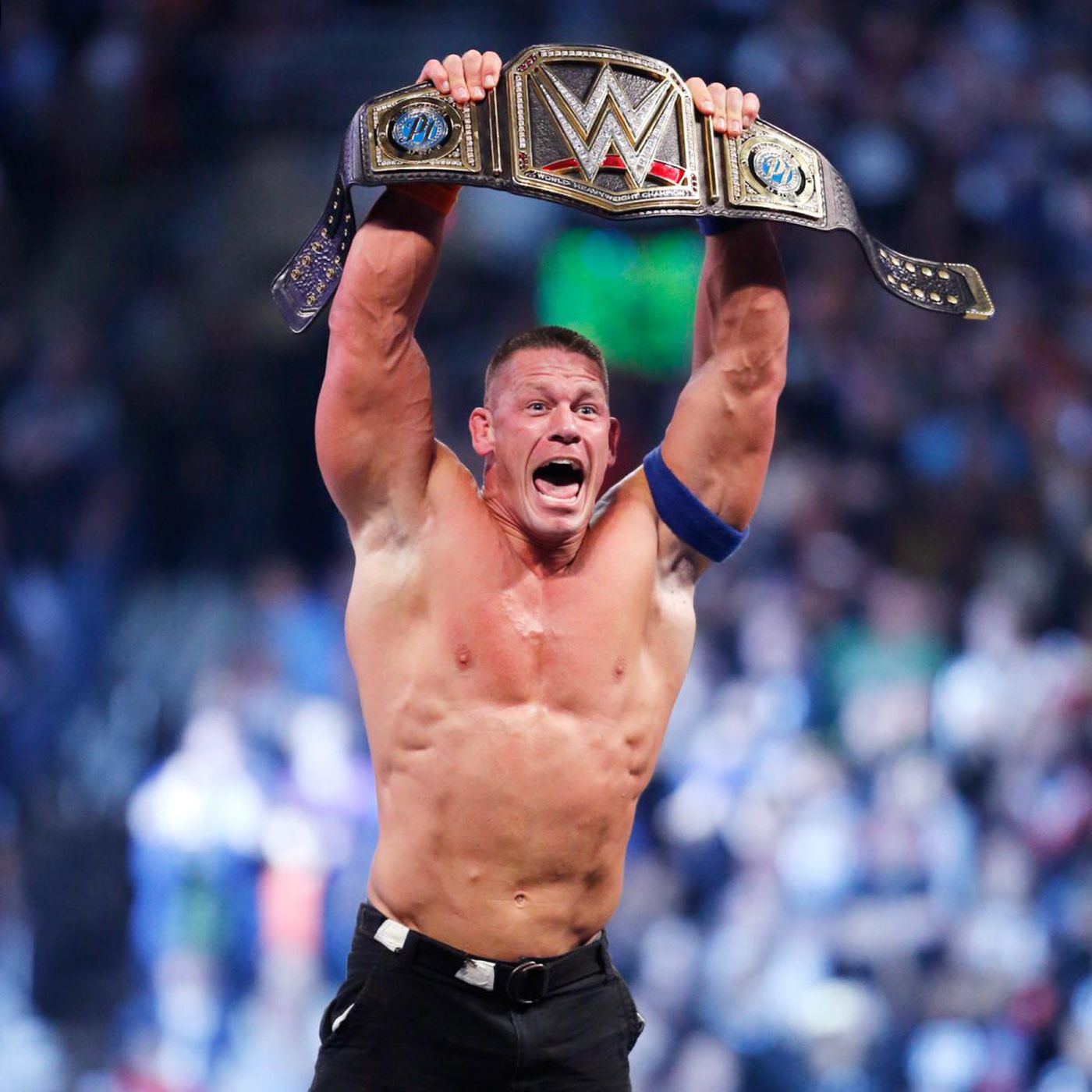 Everyone knew things would get heated to the next level when John Cena crossed the path of ‘The Beast Incarnate’. Cena was far past his days of brutal fights and bloody matches, but Brock Lesnar was in his element in them. 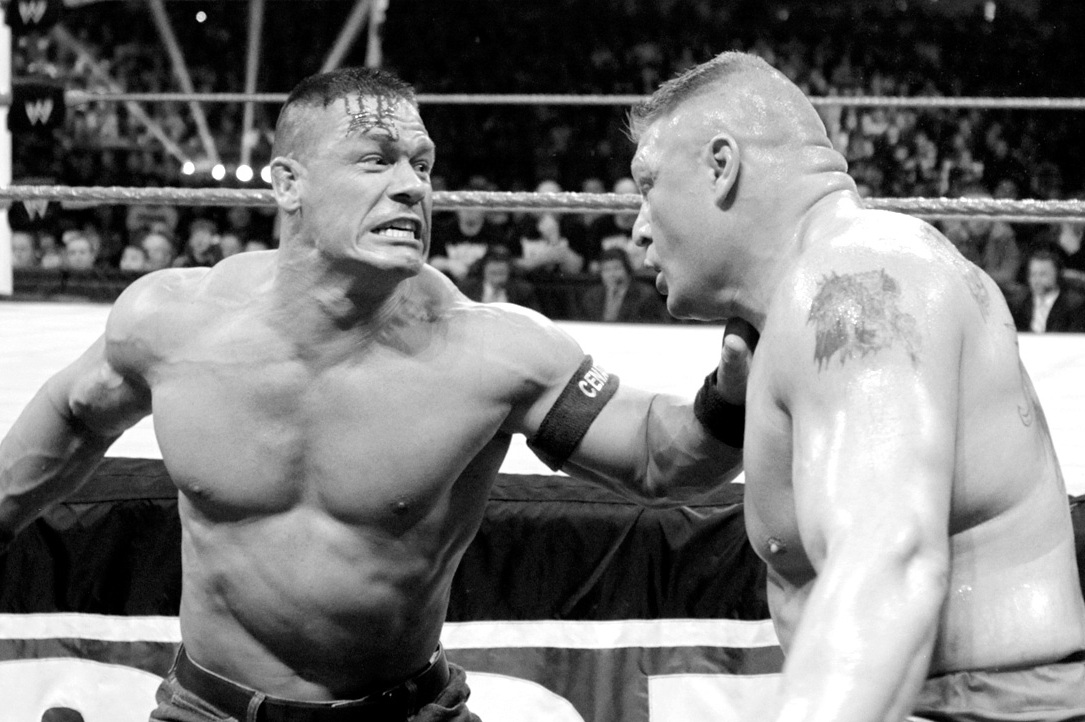 Pushing Cena to the limit, Brock awakened the hardcore Cena fans knew and love. ‘The Cenator’ showed Lesnar just what ruthless aggression he still had left in him and used a steel chain to punch the big man.

He then delivered a thumping Attitude Adjustment to Lesnar on the Steel steps, pinning him for the big win. The match showed the crowd that somewhere inside, Cena still had it in him.

All the way back in 2010, Cena found himself in a huge feud with Batista that dragged its way up to the doorstep of hell in an ‘I Quit’ match. 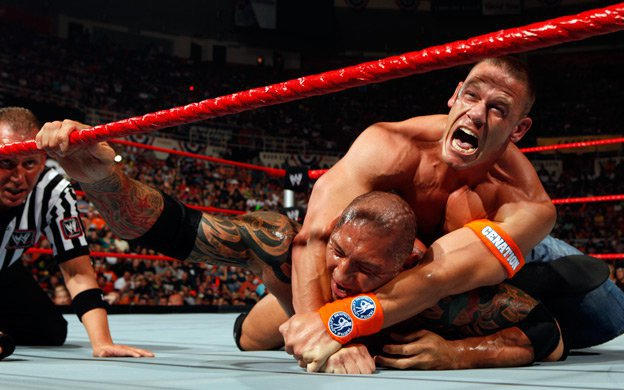 Batista assumed that he would use his brute force to break Cena, but he didn’t consider one thing- his opponent had never lost an ‘I Quit’ match in his entire career.

The statement stood true and Cena took the fight to Batista. ‘The Animal’ was tamed and stood beleaguered in the face of Cena towards the end. 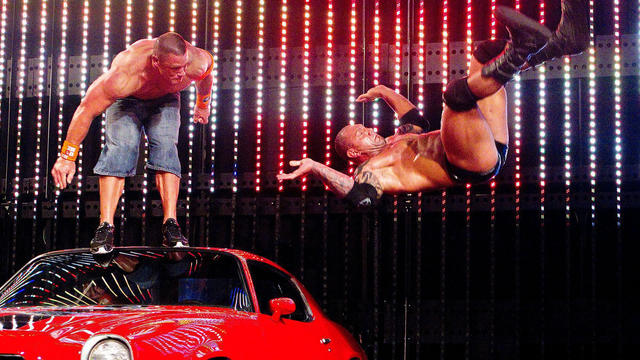 It was quite a decade for Cena, but he never stuck around to complete it. He is busy working on his Hollywood career now, although fans hope that he returns once more. Even if he doesn’t return the John Cena memes never grow old.