“If You Can Handle Pain, I’ll Fight You”- Bobby Lashley Names His Dream Opponents Including Brock Lesnar

Bobby Lashley has slowly but surely emerged as one of the most dominant Superstars on Raw, if not WWE as a whole. There are few that can stand in the same ring with him and come out in one piece.

‘The All Mighty’ has been fighting through the better part of his life and has seen action in WWE as well as MMA. His love for the art is unparalleled, and he is hungry for as much as he can take.

In a recent interview, when asked about who he would like as a potential future opponent, Lashley named a long list of Superstars.

I’ve been saying for YEARS.

If you want a fight, I’ll fight you.

If you can handle pain, I’ll fight you.

If you can’t, I don’t wanna work with you.

No more needs to be said. https://t.co/TLEhI2YH6u

The behemoth surely has big things planned for him in WWE and is a powerhouse in every sense of the word.

As you can see, he named Brock Lesnar once more, who was first on his list. Lashley has dreamed of fighting ‘The Beast Incarnate’ for years now and claims that a showdown with the former WWE Champion would be the pinnacle of WWE matches.

He has called Lesnar out on multiple occasions but has never received an answer. To substitute this rage, he dominates his opponents on Raw under the guidance of MVP as part of the Hurt Business.

The next two men that he named happen to be the current biggest names in the company. Drew McIntyre, the WWE Champion, could realistically face him since they are on the same brand, and there’s no reason the fight couldn’t happen after WrestleMania. 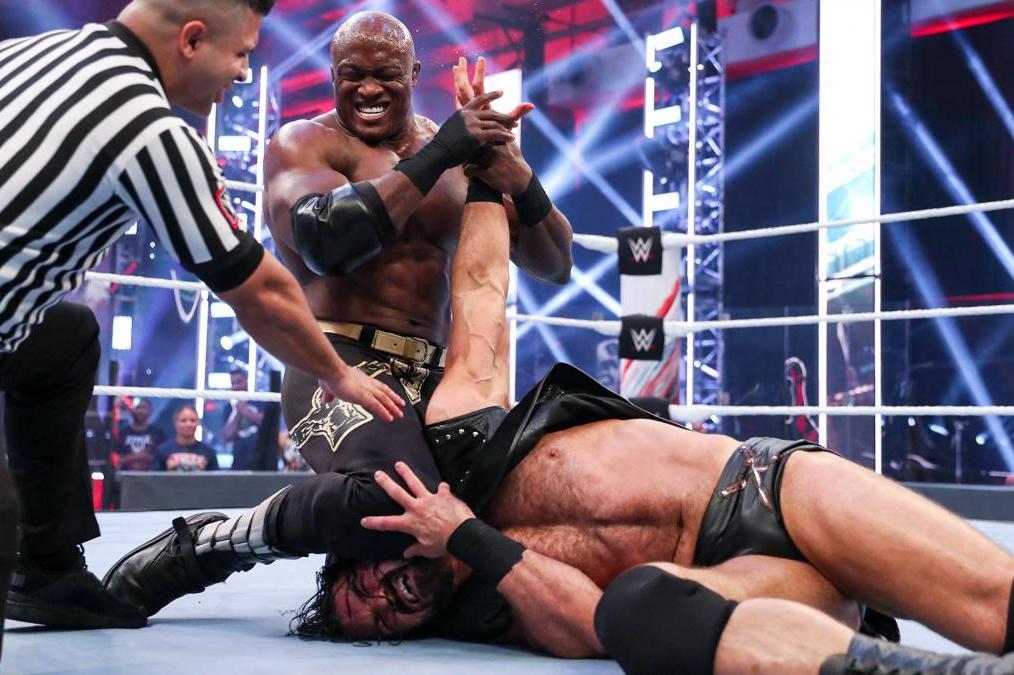 Roman Reigns may be out of his reach but without any doubt, the two will meet somewhere down the line to decide who the better fighter is.

Right now, ‘The All Mighty’ is a raging bull kept in a small arena. He is destined for bigger things, and WWE is close to unleashing that raw energy.

It will truly be let loose when Bobby Lashley enters the ring to face Brock Lesnar at the biggest stage of them all.