WWE has seen a lot of heartbreaking injuries take place over the years to some of its best Superstars. The falls, hits, and damage taken linger on for years, but nothing matches the tragedy of what happened to the former WWE Champion Edge.

The Hall of Famer made it big and was a young prospect for WWE. He had grown into the business and was one of its most valued stars. However, ‘The Rated-R Superstar’ was forced to end his career early after sustaining a devastating injury. 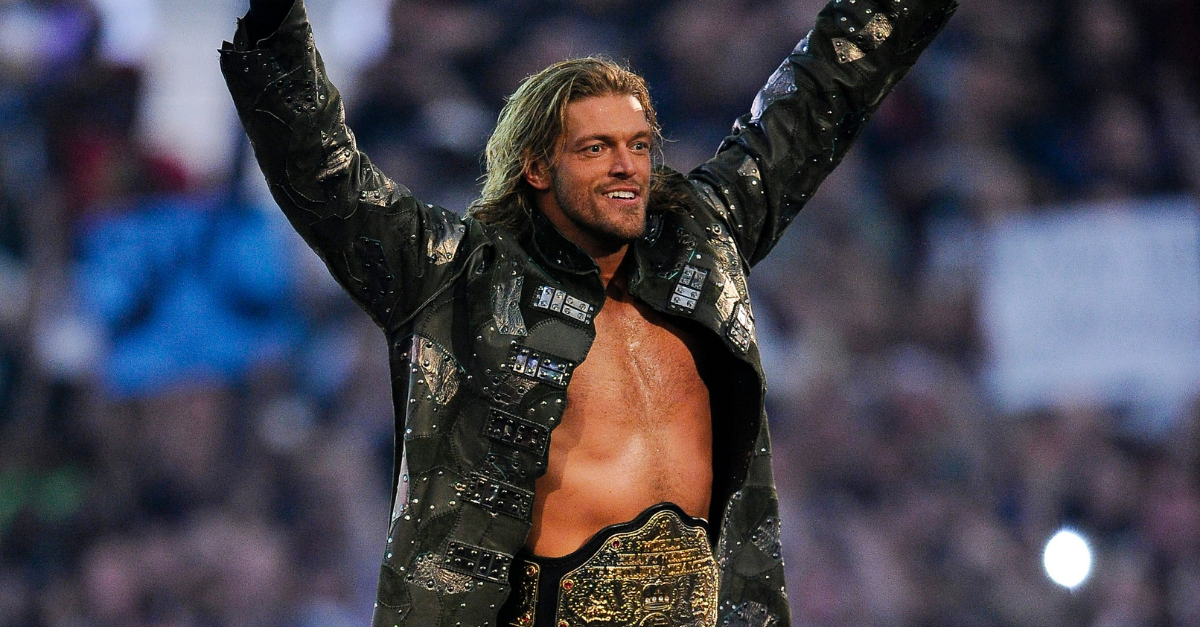 While fans already know that Edge retired due to a neck injury, many don’t know just what caused the neck injury and how it slowly began to eat away at the career of the WWE legend.

Edge first suffered the injury in 2003 against Eddie Guerrero

All the way back in 2003, Edge fought a match against the late Eddie Guerrero on SmackDown. The fight included ladders which would play an important part in the fate of the Superstar.

In an episode of Beyond the Ropes by WWE, Edge revealed how this was the root of his famous injury. During the fight, he fell through a ladder and heard a distinct ‘crack’,

At the time, he thought it was the ladder so he continued fighting. Edge later sustained a Sunset Flip powerbomb from the ladder which added to his misery.

As his schedule progressed, Edge slowly began losing feeling in his body. He noticed that he was clearly getting numb and his arms were losing strength. It went up to the point where he couldn’t push it off anymore and approached WWE about the issue.

Edge returned to the ring but wrestled on borrowed time

In medical scans, the injury was revealed, and Edge underwent surgery. He then went on a hiatus for a year and made an in-ring return as a new man.

‘The Rated-R Superstar’ went on to have a great run and even had title reigns, but all this was a band-aid covering a crack. Over time, Edge’s injury got worse, and after a point, he knew himself that he was wrestling on borrowed time.

Typically putting himself in extreme matches, Edge soon found himself suffering from cervical spinal stenosis, an injury that basically meant he was one bad fall away from being a cripple.

The condition became so serious that WWE decided to look into it further. An MRI scan was sent to Dr. Joseph Maroon, a renowned neurosurgeon, and professor of neurosurgery at The Pittsburgh School of Medicine.

Dr. Maroon concluded that Edge would never be medically cleared to wrestle ever again. If he did, he risked paralysis in the lower body or even death. WWE explicitly detailed the findings in an official report following Edge’s retirement.

Seeing the one choice he had, Edge decided to step away from the ring and the job he loved the most. The WWE legend was forced to retire at just 37 years of age and had another 13 years in him to give to the business.

Edge is the kind of wrestler that lives for the extreme action of the job. During his early days, he often put himself in the most dangerous and demanding spots and took on the hardest hits.

‘The Rated-R Superstar’ paid the price for his extreme spots

Spearing Jeff Hardy off the ladder to the ground, the brutal match with Mick Foley, the falling on thumbtacks – all chipped away at Edge.

Edge gave his body to the fans and put it through hell and high water in the TLC matches, a PPV that he put on the map. Unfortunately, he paid his price and sacrificed what he loved.

Edge made a shocking return at the 2020 Royal Rumble and informed fans that he had recovered. The Superstar was miraculously cleared for wrestling once more, 9 years after his departure from the sport.

He put himself in the harsh routine again with two huge matches against Randy Orton. Edge may still be pushing off that neck injury that ruined his career, and he may still be wrestling on borrowed time. Although, the passion and love of WWE fans make it all worth his while.