Paul Heyman is one of, if not ‘the’ greatest professional wrestling managers of all time. From Rick Rude to Roman Reigns, he has headed some of the greatest Superstars the industry has ever seen. To many fans, siding with Heyman is signing up for glory.

Nearly every Superstar under his influence has gone on to win a World Championship, and others have won a title in some form or the other anyways. Like fine wine, he has only grown better with time and takes every Superstar to the next level.

In a recent post on Twitter, he addressed a fan about his abilities as a manager, claiming that him siding with Roman Reigns was no coincidence at all.

WHY is it "amazing" that I, #PaulHeyman am the common denominator in such championship glory?

When @WWERomanReigns rescued me to the #IslandOfRelevancy, it wasn't a charity move.

It was the strategic implementation of a game plan designed to solidify his status as #GOAT! https://t.co/yQyADnY0HI

Roman Reigns has undoubtedly emerged as the face of the company yet again. This heel run presents the best version of his character to date, and his image grows stronger every day, shadowing the rest of the roster.

With Paul Heyman by his side, dominance is something that lurks in his shadow. ‘The Tribal Chief’ has conquered every opponent and has not been defeated even once since his return last year at SummerSlam. 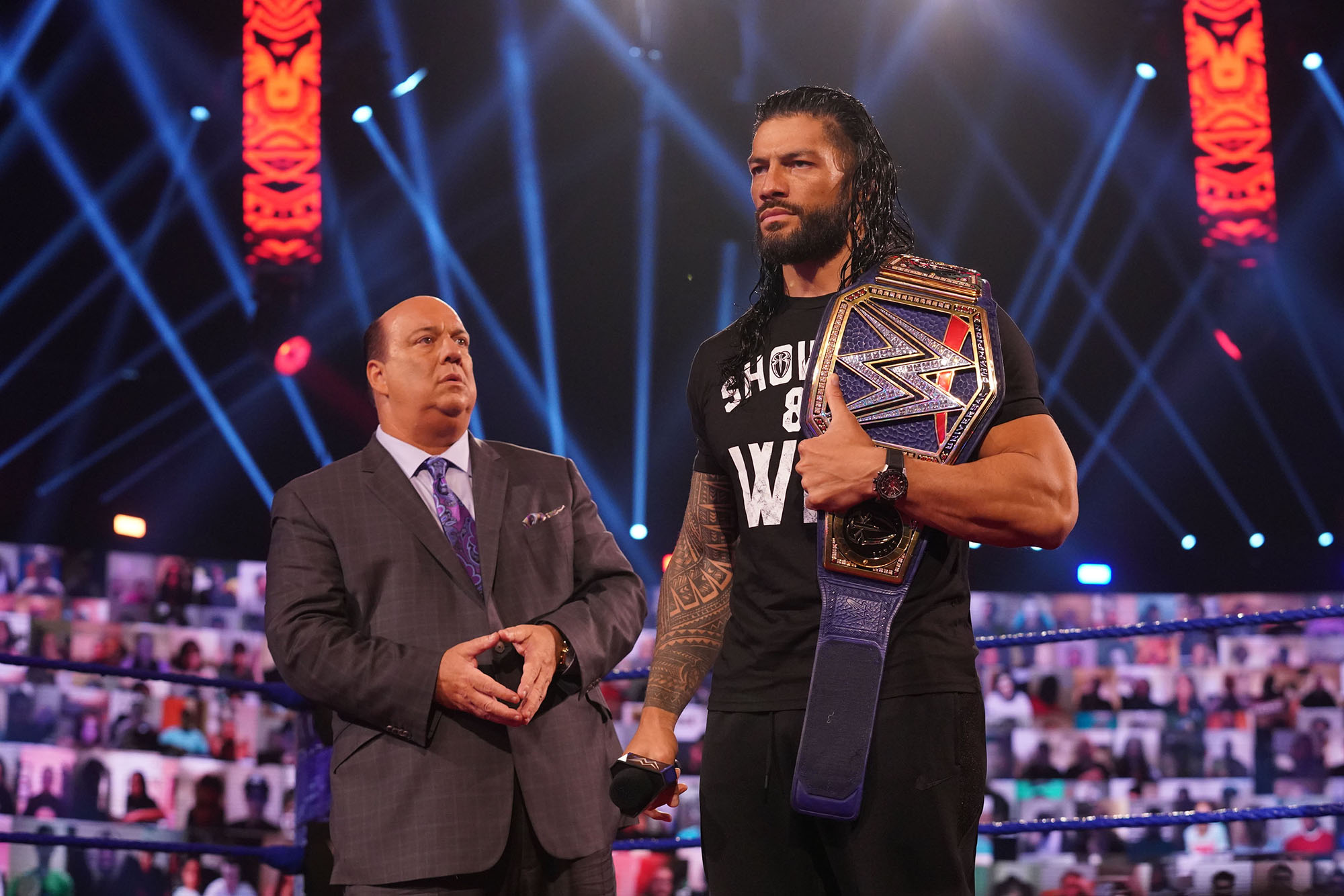 He intends to keep the record that way, and Heyman has never looked more powerful by his side. Of course, he has been aside power in the past as well.

Watch this story: WWE Superstars Who Made Grand Entrances in Luxury Cars

Before ‘The Big Dog’, Heyman managed Brock Lesnar, the most dominant man on the roster.

Lesnar was untouchable for long and is yet to return after a defeat to WrestleMania 36 last year. Heyman also managed CM Punk for a while when he was the biggest name in the business.

The list goes on to “Stone Cold” Steve Austin, Kurt Angle, and as mentioned before, Rick Rude. All these names won the World Championships under his spell.

He is yet to make a mark with Roman Reigns as ‘The Head of the Table’ moves on, and both have conquered the WWE Universe in under the year.

The return of fans to live shows could open up avenues for Brock Lesnar’s return. A feud between him and Roman Reigns with Paul Heyman stuck in the middle would be something worth watching. We will have to wait and watch if ‘The Beast Incarnate’ does decide to make the huge return or not.