WATCH: Every Championship Reign of WWE Hall of Famer Edge

Edge is one of the greatest professional wrestlers of all time and has been in the industry for decades. Making his career in WWE, he managed to become a huge star with his fan-favorite persona and ability to fight ‘hardcore’ matches.

Throughout his career, he amassed a tally of 11 World Championship wins placing him 6th in the all-time list of most World Championship reigns. Moreover, he has held the World Heavyweight Championship a record 7 times, a feat which has never and will never be matched due to the discontinuation of the belt.

Looking back at his illustrious career that is yet to earn more gold, here is a look at every World Championship win of ‘The Rated-R Superstar’.

Edge has stolen the victory from John Cena more than once!

There’s a reason they call him ‘The Ultimate Opportunist’, and that’s because he picks the best times to seize the moment. As such, he has managed to steal the victory away from John Cena on two huge occasions.

Seeing Cena in a bloodied and finished state, Edge cashed in his Money in the Bank contract and finished Cena off with two devastating spears. He managed to win the title by pinfall in one of the biggest upsets of the time.

In the same year, he capitalized off of Cena’s hard work yet again! On the July 3, 2006 episode of Raw, Edge faced off against defending Champion John Cena and Rob Van Dam with the title on the line.

Cena had just delivered an Attitude Adjustment to RVD and was about to pin him when ‘The Rated-R Superstar’ hit him with the belt on the head, knocking him out. Edge them pinned RVD to win the WWE Championship for the second time that year.

At Backlash 2009, Cena was about to finish off Edge with an Attitude Adjustment but fell victim to a Big Show heel turn. He then won the Last Man Standing match due to Cena’s inability to get out of a spotlight he was choke slammed into. 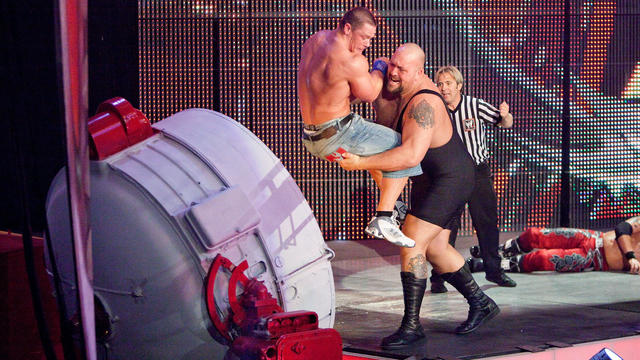 Not many people have the guts to challenge ‘The Deadman’ himself, but even Edge knows that every man has a weak point once in a while. The Undertaker’s came during the match against Batista inside the Steel Cage on the May 11, 2007 episode of SmackDown.

After successfully defending his World Heavyweight Championship against ‘The Animal’, Taker was blindsided by Edge, who decided to cash in his contract yet again.

‘The Deadman’ was barely able to stand, let alone defend himself, and was easy prey for Edge, who pinned him after a huge Spear, winning his first World Heavyweight Championship. 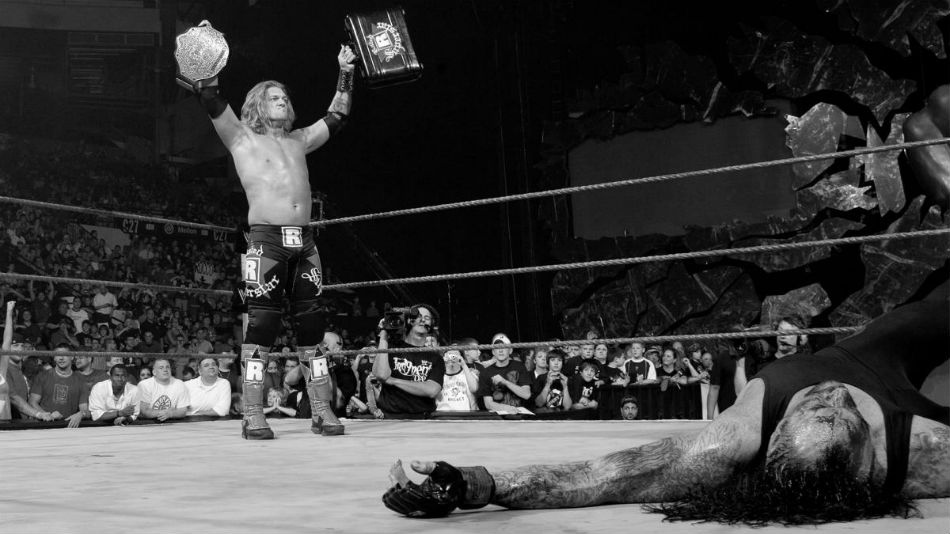 He stole from Taker once more at Armageddon 2007, when he found himself in a triple threat with ‘The Phenom’ and Batista. ‘The Rated-R Superstar’ hit The Undertaker with a chair right after the Tombstone on Batista and pinned the latter to take away the gold, making him World Heavyweight Champion yet again!

The last nail in the coffin for The Undertaker was at One Night Stand 2008 when Edge sent The Undertaker off a ladder into two tables set up outside the ring, finishing him off. He then climbed the ladder to claim his title, the 5th World Championship win of his career.