WWE is set to return to live shows from July 15 this year and fans are ready to see their favorite Superstars up-close and personal after a huge break due to the pandemic. It’s no secret that WWE is trying to reel in some of its biggest names for SummerSlam, and one of them happens to be Brock Lesnar.

‘The Beast Incarnate’ has not been seen in WWE for over a year now and fans are beginning to believe he’s in for a huge return. With Roman Reigns and Bobby Lashley both been huge targets for him, there is really nothing stopping him from that blockbuster return.

It seems as though we may have been given a huge hint by WWE over his return.

On the latest episode of Friday Night SmackDown, a graphic mentioning Brock Lesnar suddenly popped up for a fraction of a second before disappearing again. The moment occurred during Bayley’s segment in which she was set to interview Seth Rollins.

“Brock Lesnar WWE Champion” graphic on #SmackDown .Was this a mistake or a hint? pic.twitter.com/ZiHLIbJkDX

In the video above, the exact still can be found at 0:15 and it clearly mentions “WWE Champion Brock Lesnar with Paul Heyman”. While this may just be a technical mistake, fans believe it is a huge hint given by the company.

Currently, Roman Reigns sits unchallenged as the most dominant Superstar on the roster. Before he came, Brock Lesnar had that reputation.

The graphic was most probably a hint rather than an error 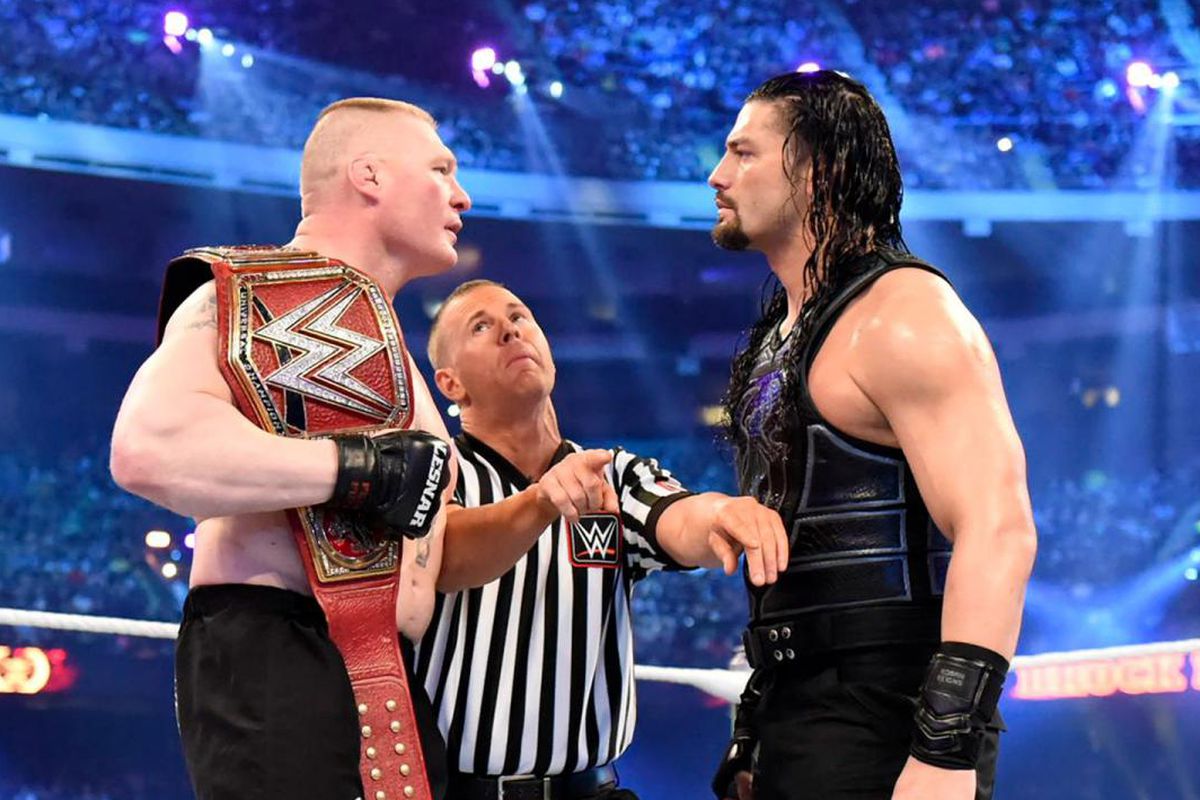 We could see Lesnar return to challenge the authority of ‘The Tribal Chief’ and ultimately dethrone him at SummerSlam. This technical glitch is highly unlikely since Brock hasn’t been around for over a year and even before that, he was a member of the Raw roster.

This is most likely a real hint dropped by WWE and we could expect to see ‘The Beast Incarnate’ making a huge comeback once live shows return.

SummerSlam 2021 is set to take place on August 21 this year at the Allegiant Stadium in Las Vegas. WWE wants this show to be of WrestleMania caliber which is why every bug card that can be pulled will be pulled.

There are also reports of John Cena and Edge possibly returning to form up one of the biggest and star-stacked cards the event has ever seen. Only time will tell how things proceed as fans return to the stands.