WWE has had a lot of instances when overactive fans tend to reach into the performing area and grab valuable items, only to run away with them. These situations are common in many events and most of the time, the items are never found again.

However, there seems to be another huge case of theft even in a no-fan scenario as several items have been reported missing from WWE ThunderDome’s backstage area.

In a recent post on Twitter, USFPD Tampa confirmed the same and asked the public for their help in finding the suspect.

USF Police needs your help in identifying the individual listed in this alert.

The Yuengling Center has been home to all of WWE’s events for months now and is where the ThunderDome is set up. Undoubtedly, there is a huge amount of expensive equipment backstage which is probably what got stolen in the first place.

Although the tweet did not specify what exactly got stolen, it did describe the suspect, who is believed to be male. “The suspect below is seen wearing a red shirt, blue jeans, and black sneakers. He appears to be a H/M between the ages of 25-30 with brown hair, a mustache, and light goatee,” the message read. 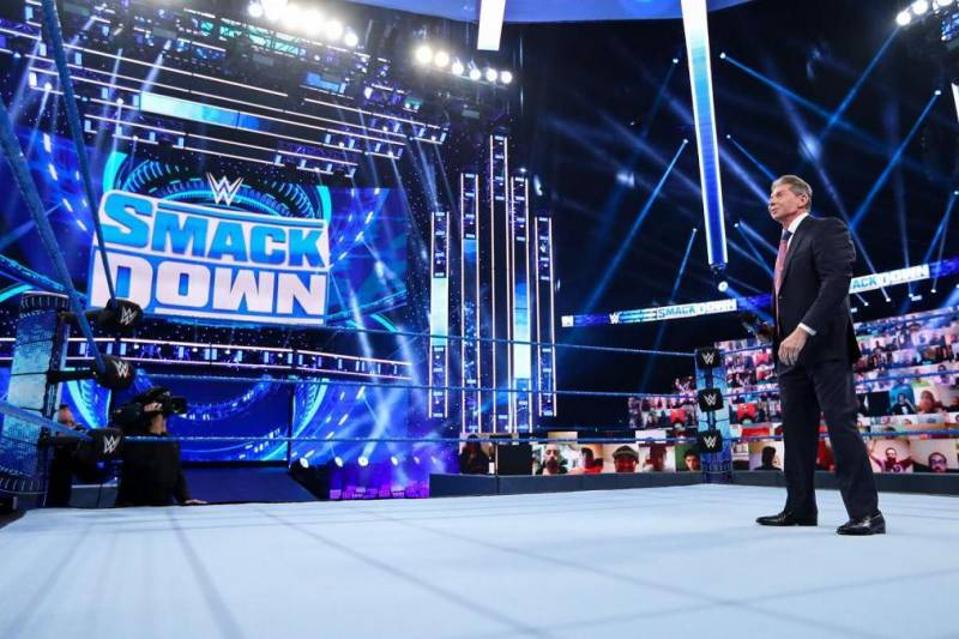 The tweet also asked witnesses to report any such related information to the police directly. There is no official statement from WWE itself, but there will undoubtedly be a hike in security measures to ensure that no more equipment is ‘lifted’ during or after the shows.

WWE is set to return to live shows on July 15 this year and fans are thrilled that the pandemic era is finally coming to an end. Safety Precautions are to be followed at all shows and non-vaccinated staff will be interacted to wear masks.

Superstars themselves have stopped carrying valuable items with them to the ring or to the arena for that matter. WWE Hall of Famer Kurt Angle initially carried his original Olympic Gold medal to the ring as part of his gimmick.

However, an enthusiastic fan once grabbed a bag he had put down to sign an autograph that had the medal in it. After some requests, the fan was called back to the area by his friends and asked to return the bag since it was the original medal.

After that incident, Angle carried copies of his medal of which he claims Vince McMahon made three. Stories like these continue to interest fans, and we will surely hear more from the police about the case involving the ThunderDome suspect.