Seth Rollins is becoming a huge name on the WWE roster. He ruled WWE Raw as Monday Night Messiah, and after WWE Draft 2020, he has moved to WWE SmackDown. There is no doubt he will make bigger and bigger strides at the blue brand.

One revenue stream for WWE is selling Superstars’ endorsed merchandise to fans globally. Now, since he rose as a huge Superstar, WWE capitalized on this fame by using his logo on select merchandise to sell to the fans.

These three words represent his time with WWE. Even today, he is constantly improving himself, reclaiming his positions, and redesigning his character to make a better impact on the WWE audience.

What does Seth Rollins’ logo mean?

Two elements make up the logo.

The first element is the angular “SR” which stands for Seth Rollins. Surrounding the alphabets is the crosshair. This is the mark used to identify targets before firing a gun.

This shows that whoever Rollins sets his eyes on will suffer a painful loss. He has often shown the WWE Universe how brutal he can be. 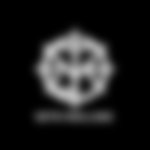 The Superstar’s other logos

Another explanation for his logo is that it is a changed version of his beast slayer logo. The beast slayer logo shows two swords, his initials, and a circular shield at the back. The swords represent the Superstar he is, sharp and dangerous.

The shield might be an ode to his former faction – The Shield. This comprised Roman Reigns, Dean Ambrose, and himself.

Rollins has put up brilliant fights in the ring against Superstars such as Randy Orton and Roman Reigns. Regardless of victory or defeat, he has proven time and time again that anyone who stands between him and his goals will be destroyed.

This logo has a cross with the letter S, R, F, and N. The most common assumption is that S and R stand for his name. The letters F and R represent the word ‘freaking’.

The ‘SFNR” logo is strongly similar to the Spider Punk’s logo. This is a fictional character who appears in comic books published by Marvel Comics. Here, the initials represent the term “Friendly Neighborhood Spider-Man.”

The resemblance could be a representation of his babyface turned heel persona since the inspiration is from a comic book where the character is a hero trying to save the day. Otherwise, it could mean that Seth Rollins likes Spider-Man and Spider-Punk comic books.

All three logos have a cross in them. Keeping all aside, the cross could represent the “Messiah” role he played for a long time on WWE Raw.

He might change his logo since he is now working with the WWE SmackDown. As of now, he continues to use the crosshairs logo while rising through the ranks to the top of the roster.