CM Punk took WWE by storm during his emergence as its top star from 2010-13. As ‘The Best in the World’, he rallied the entirety of the fanbase behind and showed them a glimmer of hope that the Attitude Era was back, with his ‘stick it to the boss’ character arc.

Through this journey, he incurred the wrath of some of the most established WWE Superstars and faced some really big names. Some he won and others he lost, but that doesn’t take away the fact that these feuds were really something of a spectacle to watch.

Here is a list of CM Punk’s greatest rivals during his time in WWE.

No Superstar’s list can honestly be complete without listing their fight with John Cena. However, the gravity of this feud was something else. As the babyface vs the heel, the two fought neck to neck for superiority in an extremely competitive roster. 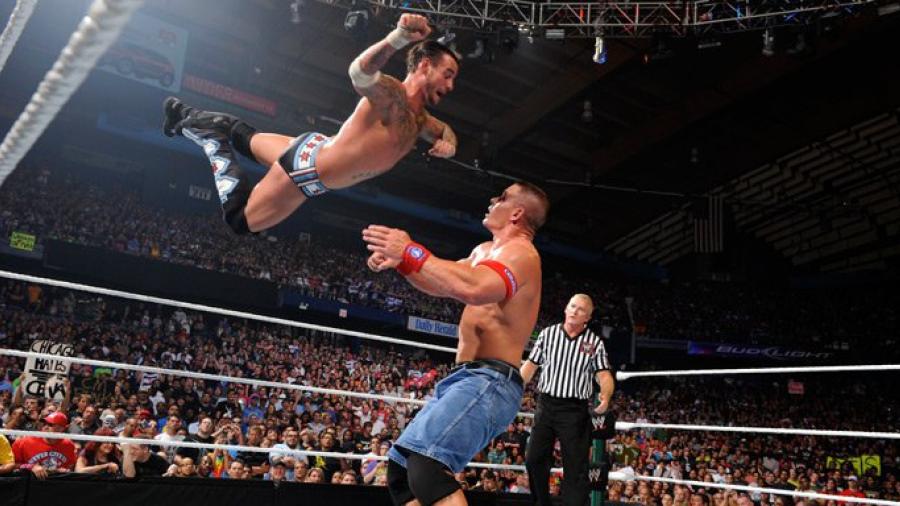 Both Superstars were set to become the face of the company, but the throne belongs to just one. The two had epic battles against each other, most notable for the WWE Championship.

CM Punk notched the most important and iconic win of his career by beating Cena and winning the WWE Championship away on the (storyline) last night of his career at Money in the Bank 2011. You may remember it by him giving McMahon a flying kiss goodbye as he left with the standard through the crowd. Y2J is known for his over-the-top mind games and excellent heel nature, but he took things to a personal level against CM Punk during their feud. Jericho caught Punk ‘enjoying a bottle of alcohol’ in the locker room, which pretty much lined up the feud.

Chris Jericho would go on to humiliate Punk and even empty a bottle of liquor on him on Raw. Although this may have been a bit too much, the fans bought it and the feud was a real success.

They settled their differences at WrestleMania XXVIII, an affair which CM Punk ended up winning, leaving Jericho’s glass half empty.

Although many believe this is where CM Punk started going downhill, his feud with The Undertaker still warrants a mention on this list. ‘The Best in the World’ stole the mystical urn of ‘The Deadman’ and mocked the revelry deceased Paul Bearer in this way. 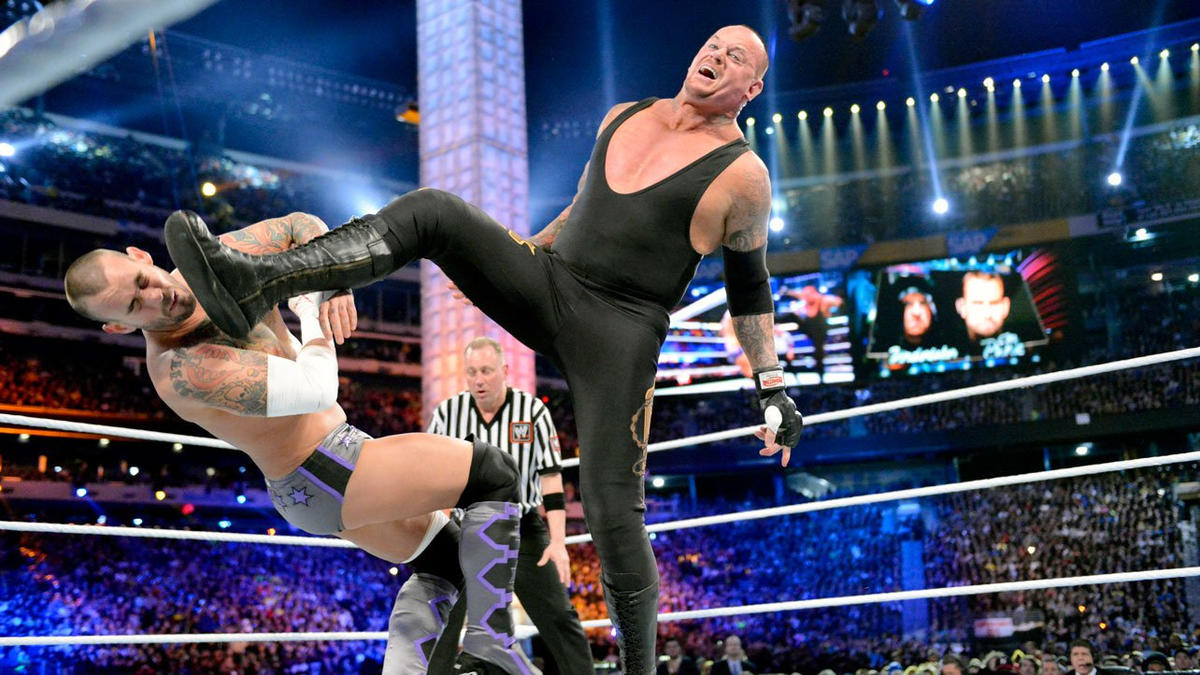 The urn, containing the ashes of Taker’s father-figure, was the bottom line to this story and Punk used it to extort a WrestleMania match against ‘The Phenom’.

Long story short, he could not break the streak but did manage to put on a show with Paul Heyman at his side. CM Punk was humbled by The Undertaker at WrestleMania and never challenged ‘The Deadman’ again.

The personal backgrounds of the two really showed up in this huge rivalry that defined 2009 for WWE. With both Superstars having a known history of substance abuse, WWE decided to pair them for a feud and it worked out brilliantly. 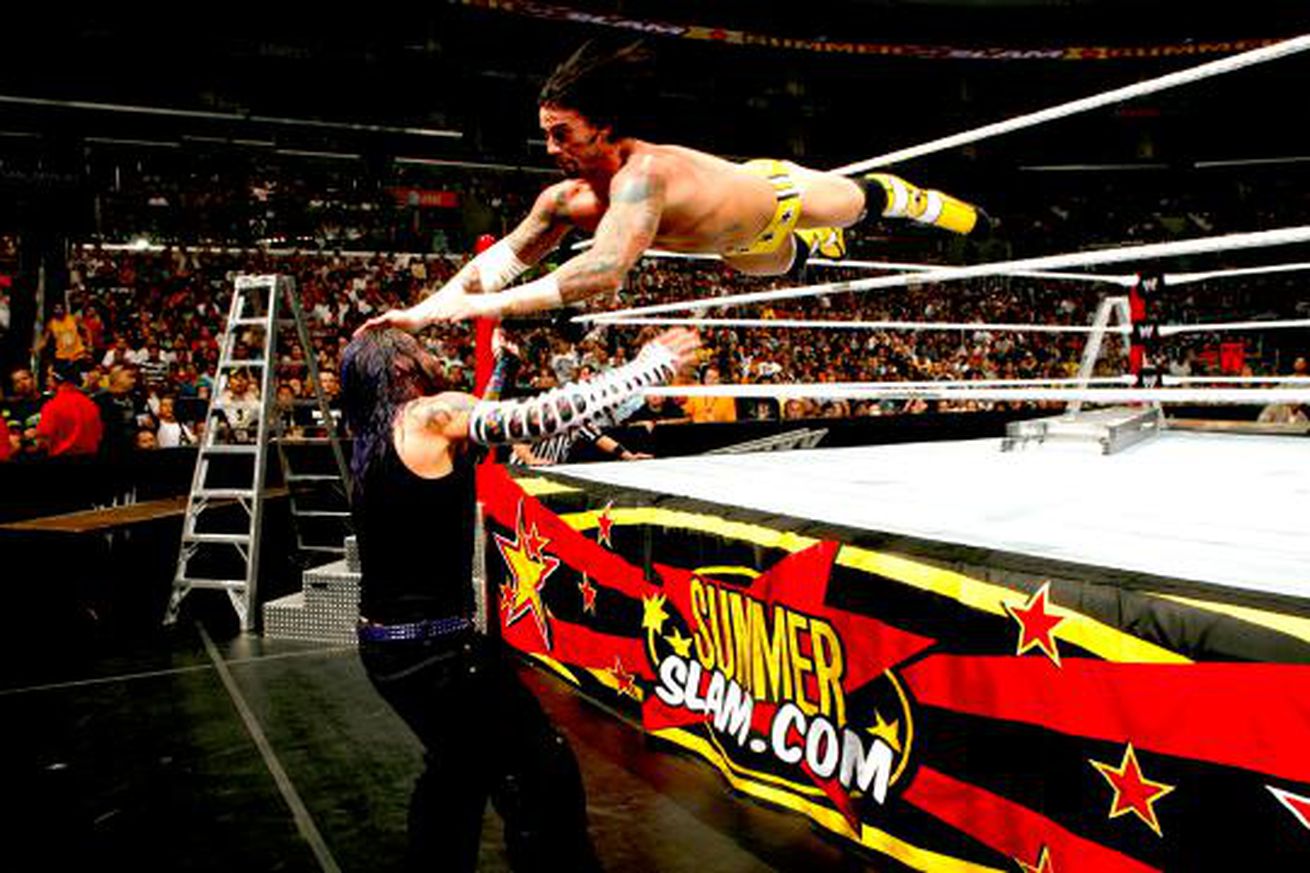 Fans were behind the ‘hero’ Jeff Hardy as he took on Punk, and we got one of the best matches between the two at SummerSlam that year. Punk ended up emerging victorious in the feud after beating Hardy at his own game in the ladder match.

CM Punk knew what he was getting into when he picked a fight with Brock Lesnar and his once-loyal manager Paul Heyman. But the best part is, Lesnar and Heyman didn’t know what THEY were getting into.

Challenging CM Punk on multiple occasions, ‘The Beast Incarnate’ got stifled by Punk who even attacked him with a camera once. Lesnar, however, managed to end this feud with a victory after an F5, ending the rivalry on a high note for himself.