Would There Be a Mr. McMahon Without the Montreal Screwjob?

The Montreal Screwjob is one of the most controversial and known events in the history of professional wrestling. The infamous moment was defined by Vince McMahon, the owner of WWE, instructing the official to ring the bell and declare Shawn Michaels the winner of the match against Bret Hart.

Hart, the defending Champion, was locked into the Sharpshooter submission but had not tapped out. McMahon ordered the referee to ring the bell, suggesting that he did.

Through this moment on November 9, 1997, Michaels was crowned the new WWE Champion, and Bret Hart lost his title in what would go down as the biggest moment in WWE history. 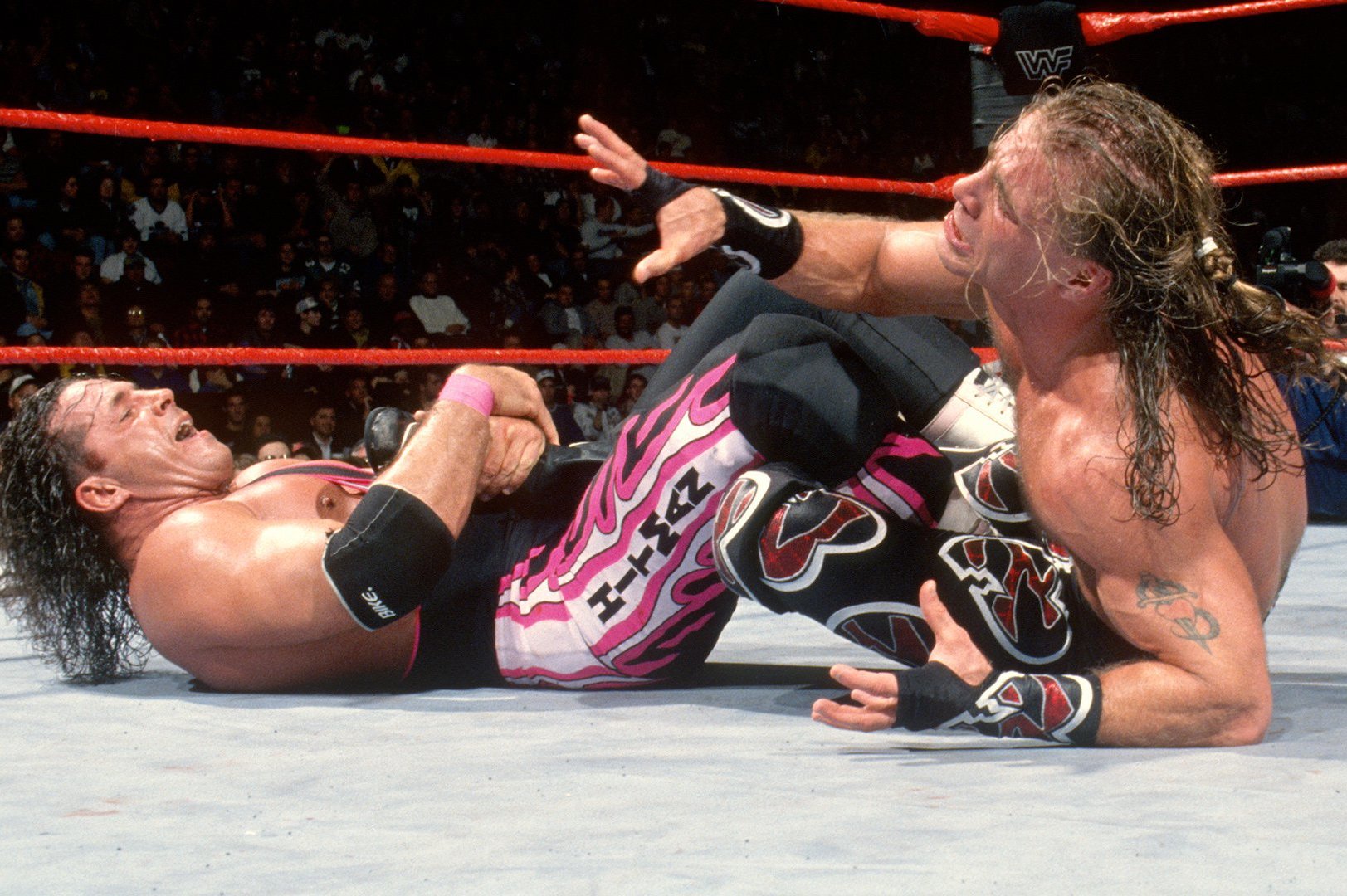 ‘The Hitman’ completely broke down at the unfair nature of the act and spit on McMahon. He then went on to draw the three letters of WCW in the air, signifying his next destination.

23 years ahead, the moment still reeks of confusion and shock.

Speaking on After the Bell, host Corey Graves hosted a session with Vic Joseph, Dan Ryckert, and Alex Metz to discuss if the character ‘Mr. McMahon could have happened without the famous incident.

Vic Joseph put forward the point that the moment had the ‘awe’ factor. A lot of fans were definitely taken aback by the reality of the situation since there was no blurring of any scene. This means that everything, from the spitting to the WCW sign, wasn’t planned.

We have to consider the fact that without the Montreal incident, there would not be an Attitude Era or a DX or The Rock himself. Bret Hart could have stayed in WWE alongside Shawn Michaels, and the entire landscape today would be very different. 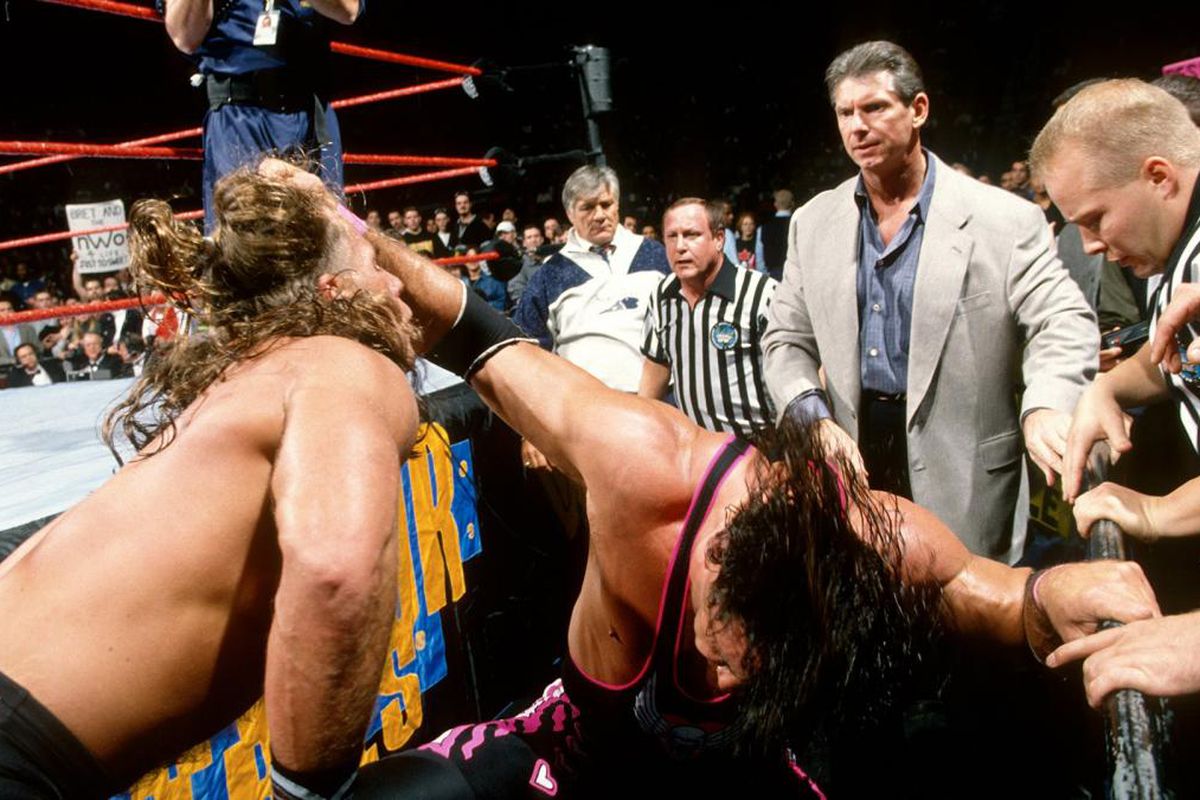 Men like Stone Cold may have been there, even The Rock. But would they be as prominent as they would without Mr. McMahon as the most hated heel? He acted as their pivot, and what made him the big bad guy undoubtedly dated back to Montreal.

The Montreal Screwjob made Vince McMahon the ‘bad guy’

Dan Ryckert argued that at the time, many saw Vince as the caller or professional that he was. McMahon often commentated alongside the regular team and fans knew he was the owner.

However, the Montreal incident marked him as the bad boss to many in a time where there couldn’t be more hatred between bosses and employees. 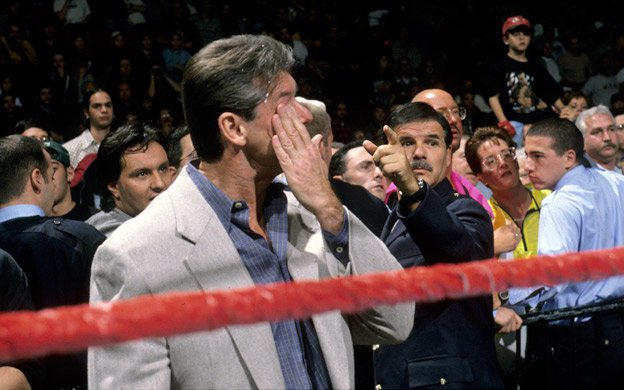 Alex Metz brought up a very interesting point when he noted that in segments prior to Montreal, especially when Hart announced the signing of a 20-year contract with WWE, the camera often showed Vince McMahon making awkward facial expressions.

The Chairman showed frustration and was clearly annoyed by Bret’s decision to continue. This suggests a possibility that the entire angle was a storyline. Was it all part of an elaborate plan to kick start one of the best long-term stories of all time? 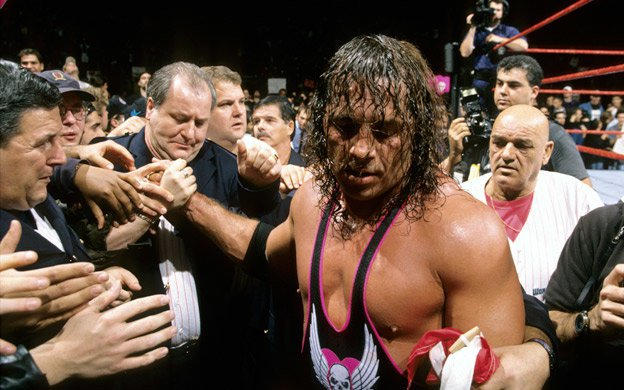 There would be no Stone Cold or The Rock without Mr.McMahon

Corey Graves agreed that the entire Montreal Screwjob was a perfect storm that culminated into the best wrestling era of all time.

Mr. McMahon couldn’t have been born without it, and if that never happened, neither would Stone Cold, Mick Foley, or The Rock be remembered as they are today. 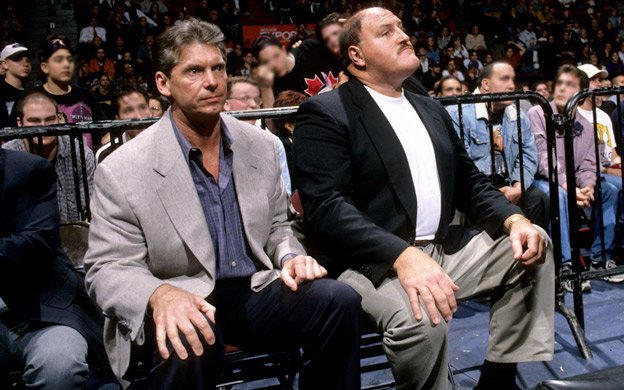 Was the Montreal Screwjob all part of the plan? Some things are better left unknown and to the topic of conspiracy theories.

Watch This Story: The Rock, Kane, and More: Shortest Matches in WWE History