Walter is one of the biggest men out there in NXT, employing brute force against opponents smaller than him. Fans assumed he would meet his match in Tommaso Ciampa at NXT TakeOver: Stand and Deliver.

However, it was quite the opposite. Walter actually managed to send Ciampa home with a huge loss, and in a devastating fashion. The NXT UK Champion defended his title efficiently and proved why he has that belt around his waist.

Both of those men left everything in the ring, but it is @WalterAUT who continues his historic reign as #NXTUK Champion. #WeAreNXT #NXTTakeOver @NXTCiampa pic.twitter.com/t7DpdI6JG0

The Englishman’s biggest strength lies in his chops, which are sharp, hard, and can be heard from quite a distance. The dangerous part about this is that Chops can be used anytime and anywhere in a match, and don’t take that much planning to execute.

The fact that a normally routine move is a sort of finisher for Walter says a lot about his strength. Apart from the fact that he pinned Tommaso Ciampa following a huge final chop, Walter stunned the commentary crew earlier in the match.

Half the announce table broke from Walters chop 😳 #NXTTakeOver pic.twitter.com/XzDiMNEan1

Aiming for Ciampa, Walter ended up chopping the commentary table, which left a huge crack at the center as you can see below. This is just a statement of how devastating his chops can be for unfortunate recipients.

Tommaso Ciampa gave Walter a taste of his own medicine

During this match, Ciampa also sent the NXT UK Champion through the wringer by giving him a taste of his own medicine. Ciampa unleashed a barrage of chops on his foe and made Walter go red with the pain. Although it wasn’t enough, he didn’t certainly make an impact.

These chops have become part of Walter’s character and he put a match around it during his iconic match against Ilja Dragunov. The two engaged in a sort of chopping contest which the much smaller Russian managed to win.

Although he didn’t manage to win, Dragunov did give Walter a run for his money. Needless to say, no one comes out of a Walter match without a red chest. 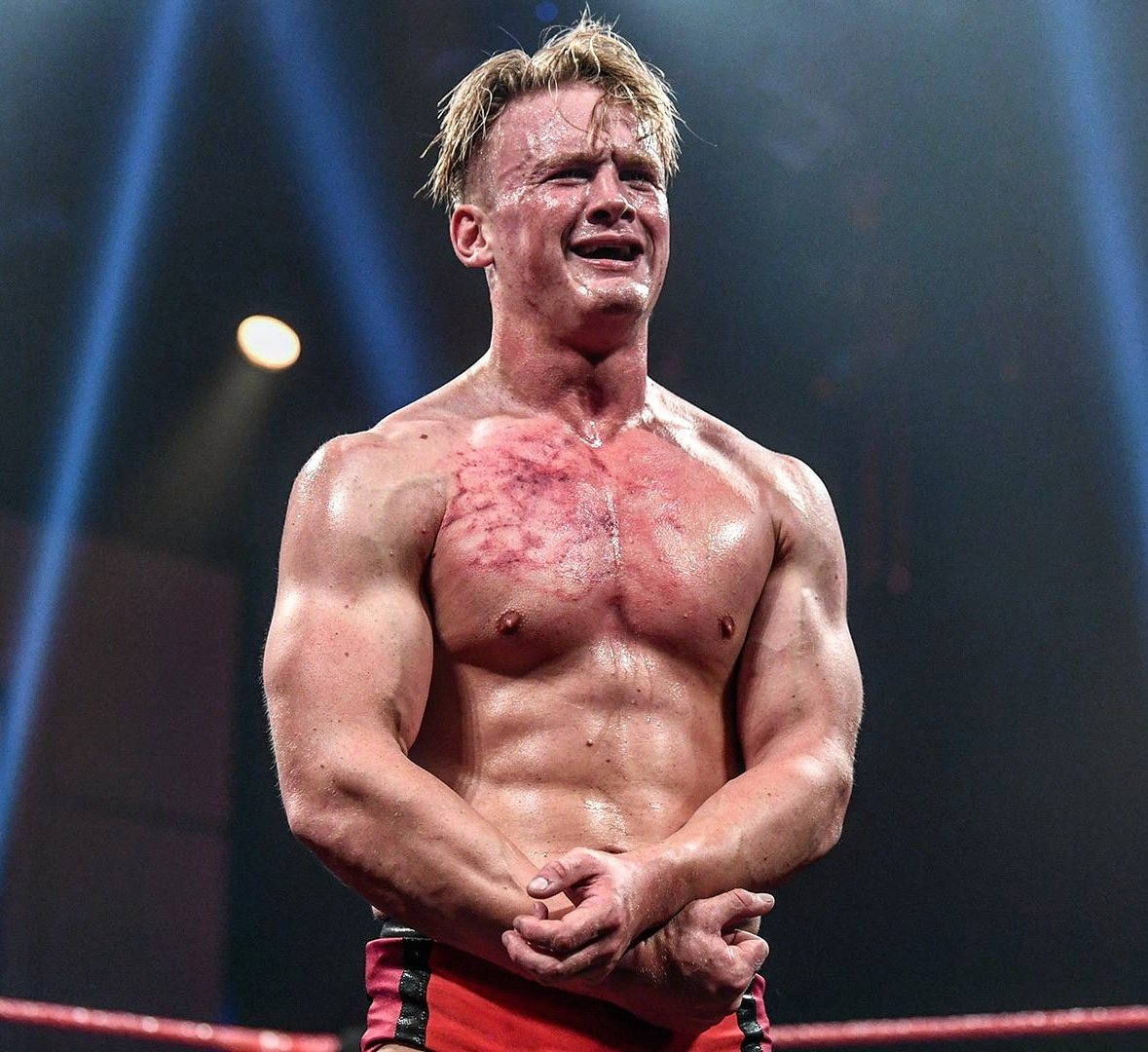 Walter and Imperium have decided to invade NXT and may go on to higher scales in the future. So far, the NXT UK champion has proved to be invincible and may go on this hot streak as the weeks go by.