AEW had a very special week as the company celebrated its second consecutive viewership milestone. Notably, it crossed the 1 million mark yet again on Wednesday night.

However, celebrations were also in order later as Dr. Britt Baker D.M.D celebrated her birthday yesterday, marking a year full of success and a huge rise to the top of the AEW Women’s roster.

Joining the festivities was none other than one half of the WWE Women’s Tag Team Champions Shayna Baszler, who sent out a joking yet heartfelt message to the AEW star in a recent post on Twitter.

Happy birthday @RealBrittBaker You be Queen of Clubs, I’ll be D👇D👇S👇 & let’s call it a truce (for now).

Shayna referred to herself as D.D.S, indicating her past history of breaking Superstars’ teeth, primarily Asuka’s. Although, ‘The Queen of Black Hearts’ clearly has a deep-rooted respect for Baker, who has been absolutely phenomenal on AEW Dynamite in the recent weeks.

In her match against Thunder Rosa, Britt Baker stole the show by taking things to a brutal level. The amount of storytelling coupled with raw aggression made the match a spectacle and masterpiece for the promotion.

Baker was all covered in blood by the end and went through hell. She was thrown on thumbtacks and driven through the table which was only the beginning of her painful experience.

Baker ended up losing the match but winning the hearts of fans for her fearless display and ability to tolerate pain at the highest level. She and Thunder Rosa proved that the AEW Women’s division must not be overlooked amidst comparison to that of WWE NXT’s.

Baker came out a bloody mess, but something about those thumbtacks sticking out of her back and the crimson veil dripping down her face signified the future of AEW. She fought to make a statement, and the message was thrown out loud and clear.

Britt Baker had a year to remember, and nothing can stop her from unleashing brutality on the AEW roster. We are surely looking at a future AEW Women’s Champion if things go her way. 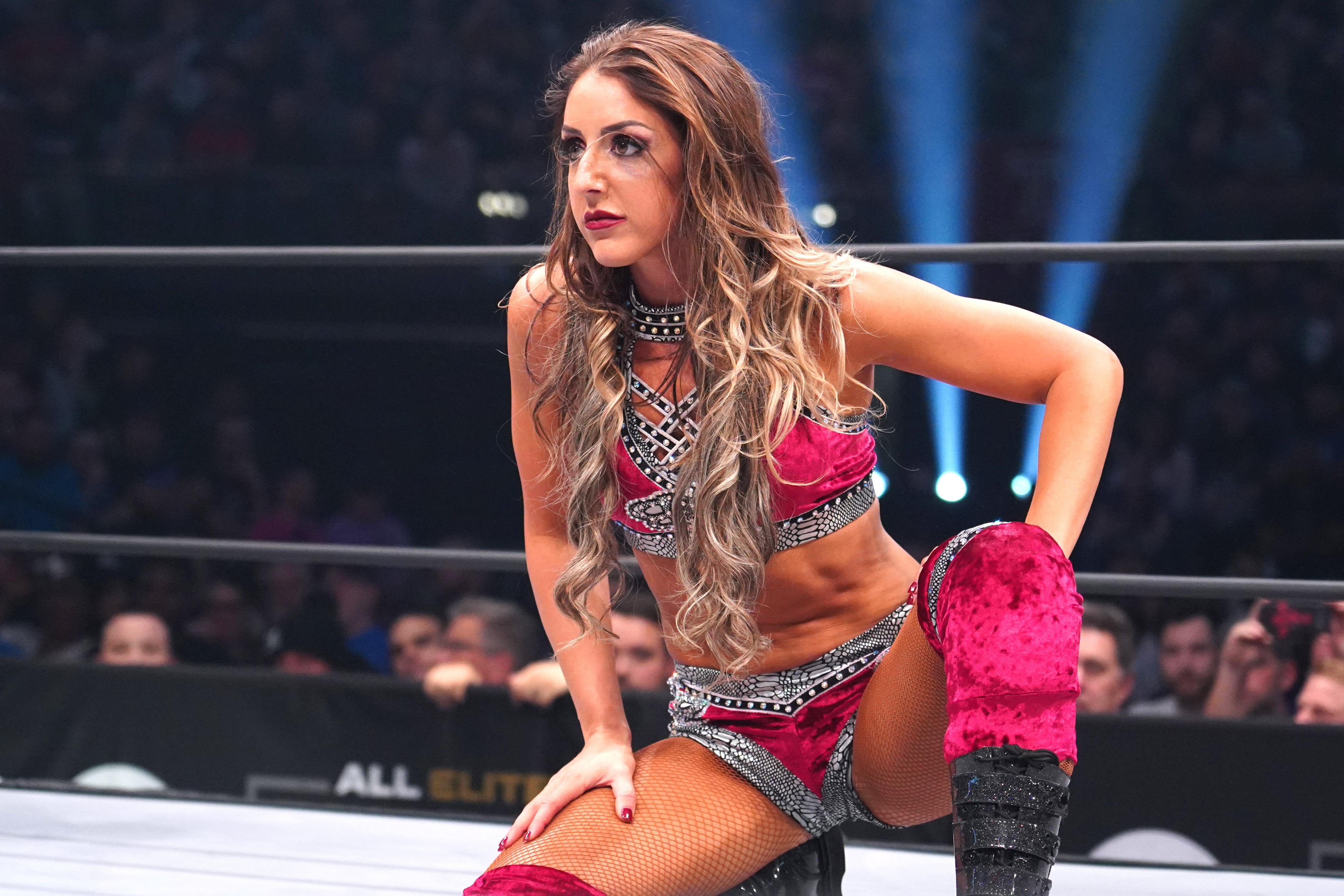 Shayna Baszler had no trouble acknowledging the DMD, and if that WWE-AEW crossover ever happens, we wouldn’t mind seeing the two square off.