Ruby Riott was amongst the many shocking releases announced by WWE earlier this week, and the locker room seems shaken by the sudden budget cuts made by the company.

In light of her release, Riott broke the silence and took to Instagram to send a heartfelt message to followers and former co-workers. In the end, she gave fans hope by assuring them she is not done yet and will continue her professional wrestling career elsewhere.

“So I don’t know what I’ll be called or where I’ll end up. But please know this is far from over,” she wrote. You can see the entire message below.

While most of her former colleagues thanked her for being part of their lives, WWE legend and world-famous actor Dwayne “The Rock” Johnson left her with a message of hope.

“You will resurface. Stronger, wiser & better,” he commented.

The Rock was not the only one to wish Ruby Riott with touching words. Hours after the release announcement, WWE Superstar Bayley also took to Twitter to explain just how much of an asset Ruby can be to the wrestling industry.

Dori got all the dog Moms roses on Mother’s Day, sent me flowers when my grandma passed away, organized locker room birthday parties, sent a gift to Chelsea from all of us when she got hurt, made Jess a video to tell her we miss her AND is one of the greatest wrestlers out there.

Riott was part of the Riott Squad along with Liv Morgan (and Sarah Logan at one point). The duo went on to become one of the most famous Women’s tag teams in the company but never captured the Women’s Tag Team Championships. 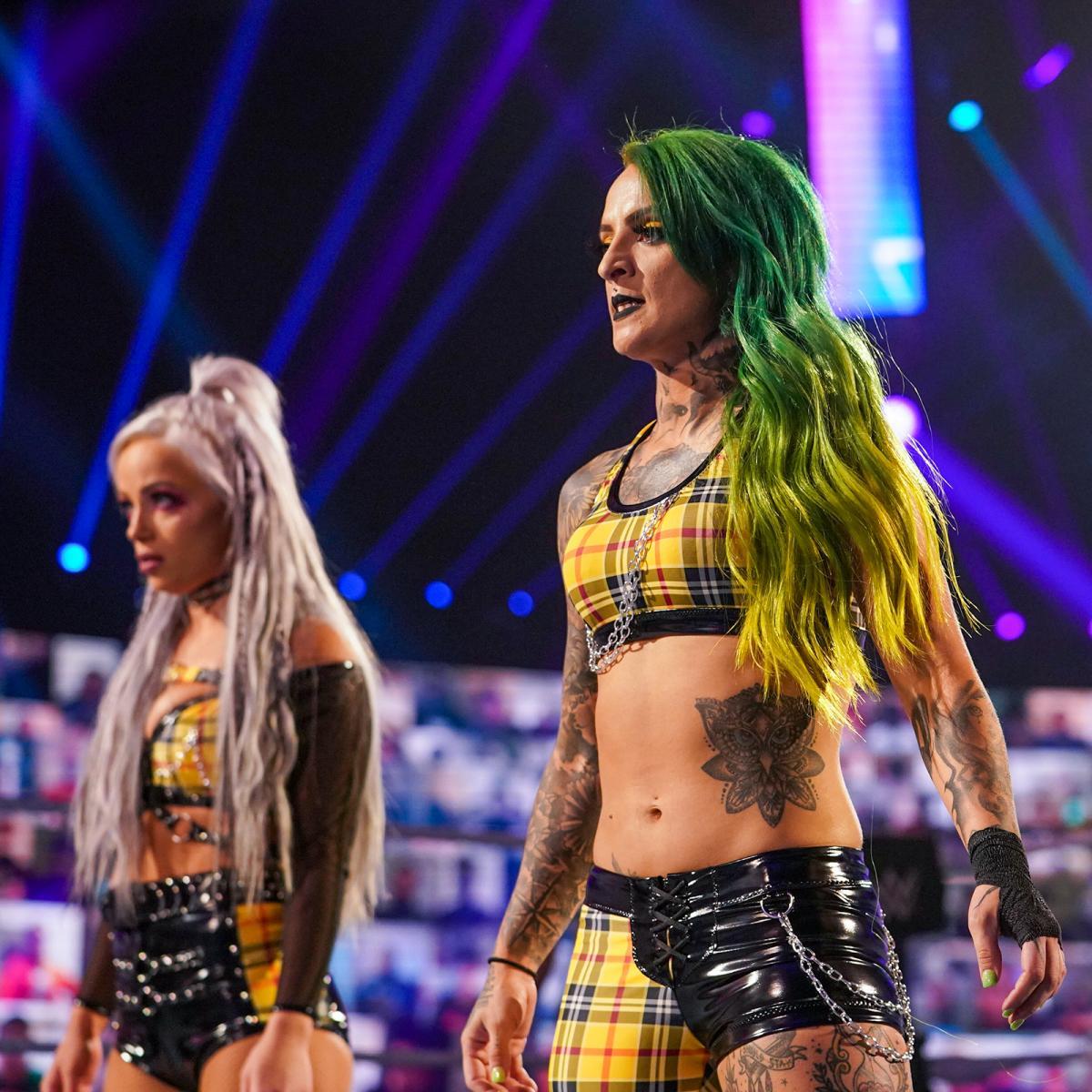 However, the lack of convincing tag team storylines and the splitting up of potential rivals such as the IIconics left the two stranded. While Ruby Riott has been released, her partner Liv Morgan is still under WWE contract, and we are yet to see what plans the company has for her.

Watch this story: The Rock, Kane, and More: Shortest Matches in WWE History

Along with Riott, Braun Strowman and Aleister Black were also amongst the shocking releases. Given his stature and physique, fans wouldn’t dream that Vince McMahon would agree to let go of Strowman.

However, the company decided to let go of the giant, who had been making leaps and bounds in his physical progress.

Aleister Black was also in the midst of a huge push, and WWE gave his story a good direction last week. But it seems as if that chapter has also been abruptly closed.

We are eager to see who WWE fills those vacancies in the main roster with.