Former WWE tag teams Champions Luke Gallows and Karl Anderson have found their new destination. They were released from WWE three months ago due to COVID-19 budget cuts.

Anderson and Gallows first met each other when the latter joined NJPW in Osaka, Japan. Luke Gallows would soon join the Bullet Club.

In less than a year of being a team, the duo won their first-ever IWGP tag team titles. They defended these prestigious titles all over the world. 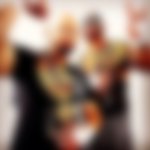 They wrestled and defended their titles in England, Germany, and many parts of the USA. Along with NJPW, they also performed in Ring of Honor.

The year 2016 was ‘too sweet’ for the duo. The good brothers announced themselves in the WWE by attacking the Usos. They conquered the tag team titles twice.

The tag-team unit would also go on to win the tag team world cup in Saudi Arabia.

Unfortunately, their journey ended in 2020 as WWE looked to cut budgets due to the COVID-19.

Anderson and Gallows reveal their new destination after exiting WWE

The good brothers sent a video message to all their fans through the official Impact Wrestling Twitter account.

BREAKING: The Good Brothers have SIGNED with IMPACT Wrestling and they’re going to be LIVE on PPV at #Slammiversary! @The_BigLG @MachineGunKA

The good brothers will have a point to prove after their untimely release from the WWE. The duo won the tag titles twice.

However, many fans would argue Anderson and Gallows were never given a chance to show their potential.

They were always kept as sidekicks to one of their former Bullet Club members. First, they were in alliance with Finn Balor.

Now in Impact Wrestling, it will be interesting to see how the company will present them. Do they directly enter into the tag team title picture or they slowly build them up?

We wish Karl Anderson and Luke Gallows all the best for their future.